Alice Wells, acting assistant secretary of state for the South and Central Asian Affairs, told a Congressional Subcommittee in a written submission that defence cooperation with India would be an important pillar in the bilateral relationship as it needs New Delhi to be the net security provider in the Indo-Pacific region. 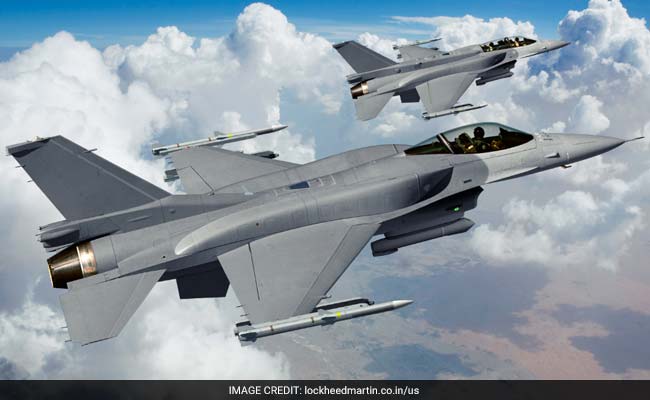 Washington: The Trump administration has told the US Congress that it "strongly supports" the sale of F-18 and F-16 fighter jets to India and asserted that the proposals have the potential to take Indo-US defence ties to the next level.

Alice Wells, acting assistant secretary of state for the South and Central Asian Affairs, told a Congressional Subcommittee in a written submission that defence cooperation with India would be an important pillar in the bilateral relationship as it needs New Delhi to be the net security provider in the Indo-Pacific region.

In this context, the Trump administration has informed the US Congress that it "strongly supports" the sale of F-18 and F-16 fighter jets to India; proposals for which have been put forward by Boeing and Lockheed Martin respectively.

These proposals have the potential to take India US defence relationship to the next level, the official said.

"The reason why defence cooperation with India is so vital to US interests is because we need India to be a net security provider in the Indo-Pacific," Ms Wells said

She highlighted that the region serves as the fulcrum of global trade and commerce, with nearly half of the world's 90,000 commercial vessels, many sailing under the US flag, and two-thirds of traded oil travelling through the region.

Ms Wells is also scheduled to testify before the House Foreign Affairs Subcommittee on Asia and the Pacific on "Maintaining US Influence in South Asia: The FY 2018 Budget".

She said in her submission that the Indo-Asia Pacific region is also home to nearly half of the planet's population and some of the fastest growing economies in the world.

"Working with like-minded partners, India has the strategic and economic potential to uphold the international order that has served so much of humanity over the past seven decades. The investments we make in our security partnership now will pay dividends for decades to come," she said.

As fellow democracies, countering terrorism is the critical priority for both India and the United States, she asserted.

"India is situated in a dangerous neighbourhood, where terrorist attacks have killed both Indians and Americans alike. Joint training and capacity building are essential to expanding our counter terrorism cooperation," she said, citing the State Department Anti-Terrorism Assistance (ATA) programme in which more than 1,100 Indian security personnel have received training from the US since 2009.

Ms Wells said India is among America's most important strategic partners in the Indo-Pacific region. "In the words of President Trump, the relationship between India and the United States has never been stronger, and has never been better," she said in the testimony.

"The (US) President's first meeting with Prime Minister (Narendra) Modi in June set a positive tone and ambitious agenda for strengthening bilateral ties, particularly in the areas of defence, energy and trade," she added.

Talking about the trade between the US and India in her written submission, Ms Wells said the economic relationship has largely been on a positive trajectory and America needs to do more to balance the trade deficit between the two countries, which totalled nearly $30 billion last year.

"We are working closely with USTR and the Commerce Department to address the concerns of the US business community regarding India, including tariff and non-tariff barriers, subsidies, localisation policies, restrictions on investment, and intellectual property concerns that limit market access and impede US exporters and businesses from entering the Indian market," Ms Wells said.

Promoted
Listen to the latest songs, only on JioSaavn.com
Last year alone, investment from Indian companies supported more than 52,000 jobs in the US, she added.

She said that the Trump administration is committed to ensure that the trade relationship with India is fair and reciprocal, and continue to press India to further open its markets and create a level-playing field for US companies.