Telangana Rashtra Samithi has categorically made it clear that its support to the NDA is issue-based. 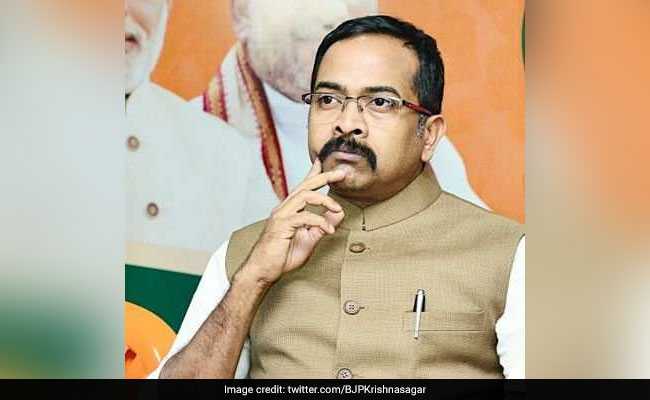 Telangana BJP spokesperson Krishna Rao hinted an alliance could be in making for 2019 polls. (File)

The BJP sees Telangana's ruling Telangana Rashtra Samithi (TRS), which supported the NDA in the Rajya Sabha Deputy Chairman election, as a potential ally post the general elections in 2019, a leader of its state unit hinted today.

BJD, TRS and AIADMK, which supported the NDA candidate Mr Harivansh who won the election held earlier today, were described by Telangana BJP spokesperson Krishna Saagar Rao as the ruling alliance's "new friends in the making" for the Lok Sabha elections or post the polls.

But Mr Rao hastened to add that the TRS has categorically made it clear that its support to the NDA is issue-based, as he recalled the party's backing to the introduction of GST and in the Presidential elections.

TRS might have considered today's election as one of those issues, according to him.

Asked if the BJP saw the TRS as a potential NDA ally, Mr Rao told PTI: "We don't see them (TRS) being a potential ally; but we don't know what will happen after 2019 (Lok Sabha poll)".

On whether the BJP does not see TRS becoming NDA ally before the Lok Sabha election, he said: "We don't see it happening before 2019 (poll)".

After next year's elections, there might be "many friends" who would want to join the NDA as the ruling alliance was all set to return to power, Mr Rao claimed.