Farmers' Protests: At the same time, an independent MLA, Somvir Sangwan, pulled out of the state's ruling coalition. 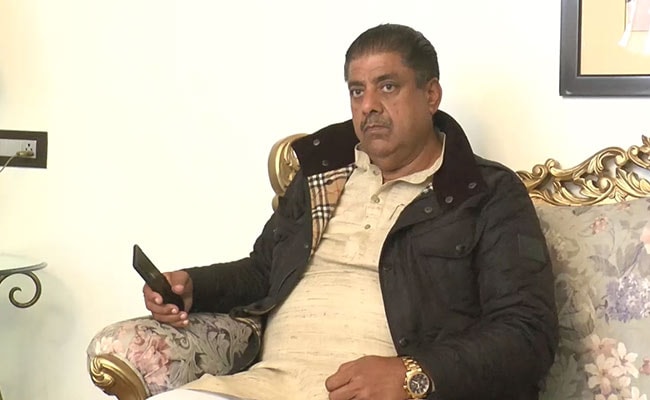 The latest ally to warn the ruling BJP over the raging farmer protests is the party of Dushyant Chautala, the Deputy Chief Minister of Haryana. The government must think big and find a solution to the farmers' demands, the party's chief Ajay Chautala said today.

At the same time, an independent MLA, Somvir Sangwan, pulled out of the state's ruling coalition, citing "atrocities committed on farmers".

Dushyant Chautala's Jannayak Janata Party (JJP), which props up the BJP government in Haryana, finds itself in a difficult spot in the ongoing protests near Delhi as farmers form its core vote bank.

"The government must resolve the farmers' problems at the earliest. The farmers should be reassured firmly that the system of Minimum Support Price (MSP) will continue. MSP should be included in the farm laws," Dushyant Chautala's father Ajay Chautala said, adding that "annadata" (farmers) were on the streets in despair.

"The government's talks with farmer organisations will have positive results," added the JJP chief.

The farmers are protesting against three new laws that they fear will deprive them of guaranteed minimum prices for their produce and take away the government markets or mandis, where they had assured returns for their crop.

Haryana was widely criticized for using heavy force to try and block thousands of farmers on their way to Delhi. The police, on orders from Chief Minister ML Khattar, used tear gas and water cannon on farmers at different points and even dug up highways.

The BJP has already lost key Punjab ally Akali Dal over the farm laws and yesterday, a Rajasthan MP also threatened to end his alliance with the ruling party.

The Chautalas have been relatively mild compared to some of their party men, for example MLA Jogi Ram Sihag. "The Haryana government has been treating farmers agitating for their rights as if they are terrorists. This is not only injustice, but also an act of atrocity on the innocent farmers," Mr Sihag alleged.

Mr Sihag even refused to take up a post in a state-run housing board, demanding that the government cancel the farm laws.

Dushyant Chautala's brother Digvijay Chautala added to his party's discomfiture by releasing a video in support of farmers and criticizing the crackdown on them in Haryana, saying: "Whatever we have seen on television during the past two days has pained every single Indian."

The BJP has urged farmers to let go of "misconceptions" about the farm laws, asserting that they had nothing to do with the mechanism of MSP and ''mandis'', which would continue, along with the government's purchase of grains.

"Our intentions are as holy as the water of river Ganga...If someone thinks that the earlier system is better, how is this law stopping anyone," Prime Minister Narendra Modi said yesterday, speaking at his constituency Varanasi in Uttar Pradesh.