The Jagatdal MLA, who joined the TMC from the BJP before the 2001 Assembly polls, had earlier been elected from Behala East constituency on a Trinamool Congress ticket. 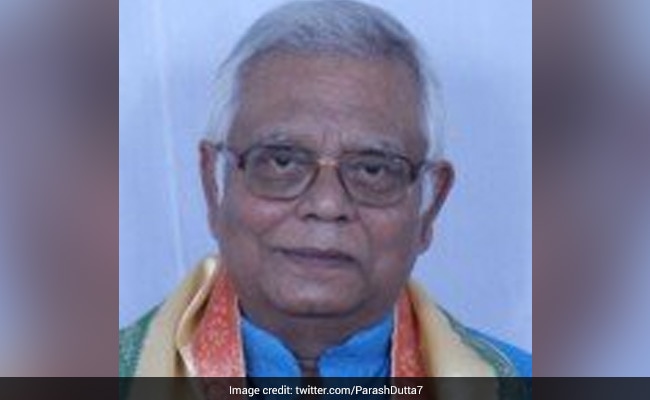 Senior Trinamool Congress MLA Parash Dutta Sunday said he would not contest the West Bengal Assembly polls next year, expressing "disgust" that some party leaders were harming its interest in his constituencies through their activities.

Mr Dutta, who is representing the Jagatdal constituency for a second consecutive term, said he has informed the North 24 Parganas district leadership of these activities of a section of TMC leaders in Shyamnagar area.

Asked to elaborate on those "activities", he said, "I can't say anything more now."

Hinting that his grievances were not addressed by the district leadership, Mr Dutta told PTI: "I have no intention to contest the next election but I will remain a loyal soldier of the Trinamool Congress."

Mr Dutta said that after Durga Puja he will write everything in detail about the "activities" of these leaders, which he claimed are bringing disrepute to the TMC, and party supremo and West Bengal Chief Minister Mamata Banerjee.

The Jagatdal MLA, who joined the TMC from the BJP before the 2001 Assembly polls, had earlier been elected from Behala East constituency on a Trinamool Congress ticket.

He discounted the possibility of returning to the BJP.

Asked whether he will actively take part in the campaigning, Dutta said, "I will do whatever the party asks me to."

The Assembly elections in West Bengal are likely to be held in April-May 2021.