In April, 2016, the Department of Telecommunications had, through a gazette notification, made it mandatory for mobile manufacturers to provide panic buttons in cell phones by January, 2017. 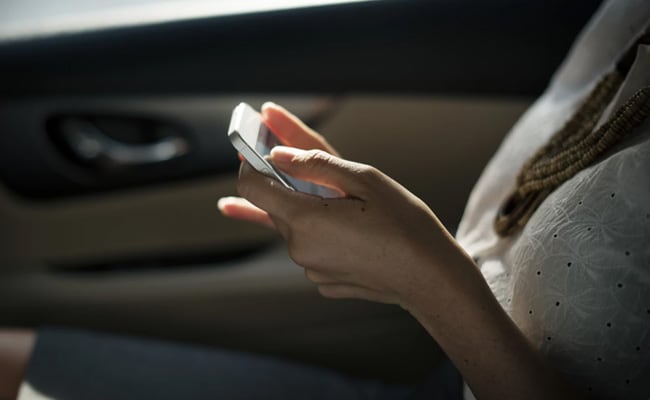 In April, 2016, the Department of Telecommunications had, through a gazette notification, made it mandatory for mobile manufacturers to provide panic buttons in cell phones by January, 2017.

However, implementation of the order was delayed by a year for various reasons.

"The pilot project (to test the panic button backed by a real-time police response) will start in the state of UP from January 26," the Women and Child Development (WCD) minister told reporters at an event here.

"If it works in UP, it can work anywhere," she quipped in a veiled reference to the high crime rate in the northern state.

Ms Gandhi said an earlier trial of the project saw a large number of prank calls, leading to a delay in implementing the panic button feature.

Chetan Sanghi, Joint Secretary, WCD explained that all new phones in the country now have a panic button, but the back-end architecture is being implemented in Uttar Pradesh.

A smartphone user will have to download a mobile application which will send alerts if a victim long presses the panic button on the phone.

However, a person using a basic phone need only press the designated key, he said.

Mr Sanghi said the government, however, was yet to notify which button on a phone would function as the panic button.

"Once, a user presses the panic button, five calls will be made to emergency number 112. Following this, five SMSs will be immediately sent to police authorities, and another three to five SMSs will be sent to family members of the victim," the official said.

Nearly 25-50 volunteers in the vicinity of the victim will also be alerted through messages, he said.

The WCD joint secretary said the volunteers would be screened by the authorities and would receive an orientation on how to provide help to a woman in distress.

Promoted
Listen to the latest songs, only on JioSaavn.com
Once the trial is successful in UP, it will be implemented in three other states identified by the centre and eventually in the entire country.

Mr Sanghi said the objective is to ensure pan-India implementation of the panic button before the end of this calendar year.