Travancore Devaswom Board head A Padmakumar said "security issues and other problems" are bound to happen if young women come to the hill shrine at a time when lakhs of devotees are flocking there. 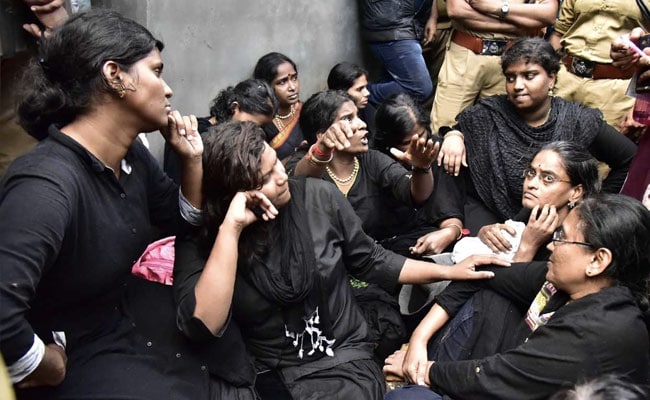 As the debate over the controversial Supreme Court verdict on Sabarimala continues to rage, a prominent socio-religous trust today asked women of menstrual age to refrain from undertaking pilgrimages to the Lord Ayyappa Temple in the larger interests of security and societal harmony.

"Security issues and other problems are bound to happen if young women come to offer prayers at a time when lakhs of devotees are flocking there," claimed Travancore Devaswom Board (TDB) head A Padmakumar. "On the Devaswom board's behalf, I request genuine women devotees to not come during this time."

However, Mr Padmakumar said this was not a blanket order. "Let us discuss our issues later, once the Mandala Makravilaku season get over. We can hold discussions with the government, court officials and the other stakeholders concerned after that," he added.

The TDB, a statutory body under the Kerala government, is responsible for running the shrine. It has been under a lot of stress ever since a five-judge constitution bench headed by former Chief Justice Dipak Misra allowed the entry of women of all ages into the Sabarimala temple through a ruling on September 28. Several women tried to undertake the pilgrimage in the months that followed, only to be turned back by rampaging hordes who laid seige to the hill shrine.

The TDB had earlier moved the Supreme Court to seek more time for implementing its verdict.

The temple will close at 10 pm on December 27 after the completion of the Mandala puja, marking the culmination of the 41-day Mandalam festival. It will reopen at 5 pm on December 30 for the Makarvilakku festival, before finally wrapping up on January 20.