The Odisha government argued that it was not made a party in the plea, there was no representative of the state on the committee and no notice was issued to it in the matter. 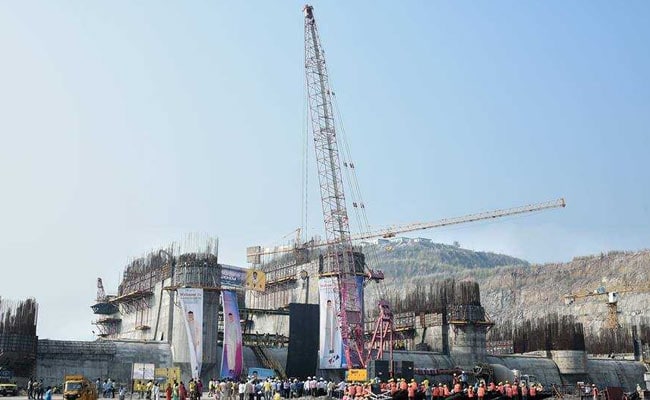 The Polavaram project is now in Supreme Court. (File)

The Supreme Court Thursday sought the response of the Telangana government and others on an appeal filed against a National Green Tribunal order which had accepted the recommendations of a committee relating to the Polavaram project.

A bench of Justices S A Nazeer and Krishna Murari issued notices to Telangana and Ponguleti Sudhakar Reddy (original petitioner in NGT) challenging the order of the tribunal and tagged the appeal with a similar matter.

The top court was hearing the appeal filed by Odisha government against the September 18, 2020 order of the National Green Tribunal contending that it has erroneously accepted the report of a committee without affording the state an opportunity to be heard.

The Odisha government argued that it was not made a party in the plea, there was no representative of the state on the committee and no notice was issued to it in the matter.

The National Green Tribunal said: "We are of the view that the recommendations of the Committee need to be accepted except the suggestion of transferring the proceedings to the Supreme Court. The suit pending in the Supreme Court relates to inter-se rights of the States, which is not the scope of proceedings in these matters.

"Moreover, the Tribunal has no jurisdiction to transfer proceedings to the Supreme Court. All other recommendations are accepted and action may be taken by the Project Authority and concerned States viz. Andhra Pradesh, Chattisgarh, Odisha and Telangana and the Central Water Commission".

The committee had recommended that as per the interstate agreement on April 2, 1980 and final Godavari Water Disputes Tribunal award Odisha and Chhattisgarh have to give their consent and exercise either one of options for construction of protective embankment or rehabilitation of affected people.