As 104 Satellites Were Launched, India's Rocket Shot Off This Selfie 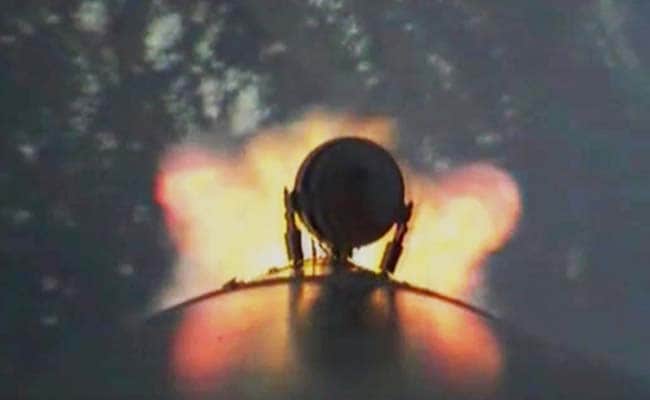 Of the 104 satellites, 101 are foreign satellites to serve international customers.

New Delhi: As India set a formidable world record, launching the most satellites in one go - 104 - a selfie of the space mission was shot back to the cheering scientists at the Indian Space Research Organization or ISRO at Sriharikota.

The spectacular feat was captured by high-resolution cameras fitted on the Polar Satellite Launch Vehicle or PSLV, which is India's workhorse rocket. (Scroll down to see the video.)

As the rocket lifts off from Sriharikota in Andhra Pradesh, one after another, four stages of the rocket push the 320-ton PSLV (equivalent to the weight of 50 full grown elephants) higher into space.

Then, at 18 minutes into the flight, three satellites, all Indian, are sent into orbit.

After that, in matter of just 600 seconds, the other 101 satellites are let loose in the darkness of space, all in pairs, and the striking image of the American "Dove" satellites against the blue-and-white clouds of Earth make for a picture-perfect selfie.  No filter needed.

Promoted
Listen to the latest songs, only on JioSaavn.com
Of the 104 satellites, 101 are foreign satellites to serve international customers as India seeks a bigger share of the $300 billion global space industry.