The purpose of exchanges was to lower the risk of a collision, as their spacecraft are orbiting the red planet, South China Morning Post reported, quoting a NASA statement as saying. 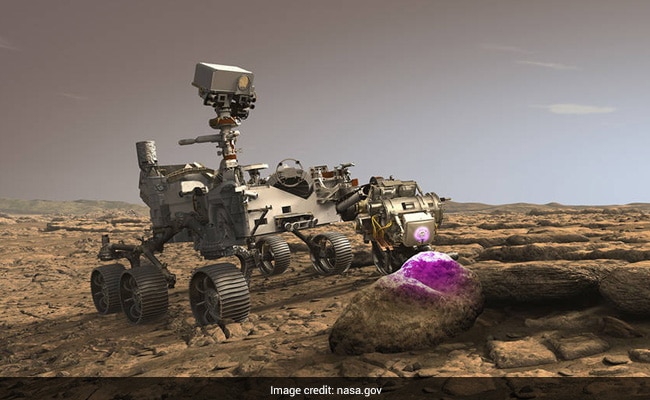 The US space agency NASA has exchanged data of its current Mars mission with its counterparts in China, India, the UAE and the European Space Agency to lower the risk of a collision as their spacecraft were also currently hovering the red planet, a media report said on Wednesday.

The purpose of exchanges was to lower the risk of a collision, as their spacecraft are orbiting the red planet, Hong Kong-based South China Morning Post reported, quoting a NASA (National Aeronautics and Space Administration) statement as saying.

"This limited exchange of information is consistent with customary good practices used to ensure effective communication among satellite operators and spacecraft safety in orbit," the report said.

ISRO's Mars Orbiter Mission, Mangalyaan, spacecraft remained in Mars orbit since it entered there in 2014.

India is the first Asian country to successfully send a spacecraft to Mars.

NASA's Perseverance has landed on Mars last month and its rover is currently exploring its surface, while China's Tianwen-1 consisting of an orbiter, a lander and a rover, entered the parking lot of orbit around Mars on February 24 and expected to land there in the next few months.

United Arab Emirates (UAE) spacecraft, Hope, is also orbiting the Mars planet. There are two spacecraft from the European Space Agency in the Martian orbit, the report said.

For information exchange cooperation with China NASA had sought approval from US Congress and spoke to CNSA, the US space agency confirmed on Monday, the Post report said.

Previously the US, Russia, EU besides India have succeeded in sending spacecraft to Mars regarded as the most complex space mission.