The dead tigress was spotted by a forest guard on Friday evening, but by then the body had already started decomposing 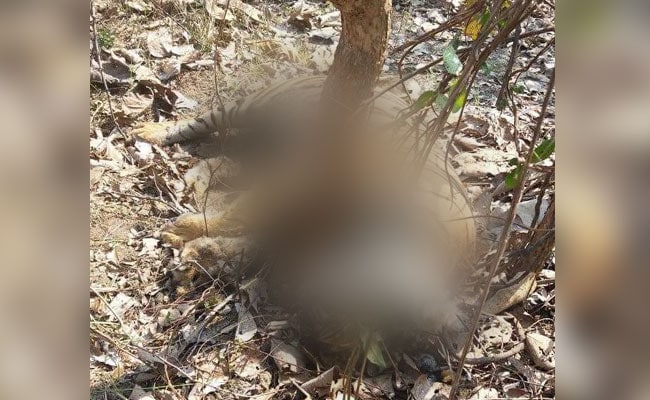 A tigress has been reportedly killed at Tadoba-Andhari Tiger Reserve in Chandrapur, which lies in Maharashtra's Vidarbha region. According to the autopsy report, the tigress was around two-and-half years old.

The dead tigress was spotted by a forest guard on Friday evening, but by then the body had already started decomposing. The tigress was possibly stuck at the site for two days or more before it died. A probe has been ordered to identify and arrest the poachers or whoever was responsible for its killing.

"A 30-month-old tigress tragically died in a noose laid along an animal trail at the edge of a core area in Tadoba. This is not because of Forest Department's lack of ability to protect. Not the fault of the foot soldiers that tramp the forests with mud on their boots," said Bittu Sahgal, editor, Sanctuary Asia and founder, Sanctuary Nature Foundation told NDTV.

"The fault lies in Delhi where ignorant politicians under-budget the protection of wild India. Project Tiger staff have poor equipment. They are undertrained. They are overworked and underappreciated," said Mr Sahgal.

The tiger is believed to have died due to strangulation after it was trapped in a wire-snare, usually set for wild boars and other herbivores.

The Tadoba-Andhari Tiger Reserve is a 625 sqkm core area tiger habitat with tigers in its buffer areas too. It has a population of around 90 tigers. It is a major tourist attraction and the chances of tiger sightings at this reserve are much higher than other national parks.