Kevin Jacob, son of a doctor couple, said that he came up with the idea after he saw his parents facing difficulties while interacting with their patients. 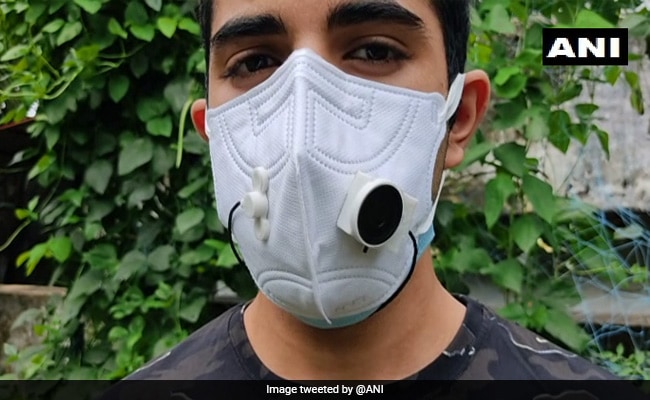 Kerala student Kevin Jacob, wearing the "mask-with-mic" designed by him.

A first-year B Tech student from Thrissur Government Engineering College has designed a mask with a mic and a speaker attached to help health workers communicate with ease.

Speaking to ANI, Kevin Jacob, son of a doctor couple, said that he came up with the idea after he saw his parents facing difficulties while interacting with their patients.

"My parents are doctors and since the beginning of the pandemic, they have been struggling to communicate with their patients. They found it very difficult to make themselves clear through multiple layers of masks and a face shield. This was when this idea came to my mind," the student told ANI.

He tested the first prototype with his parents - Dr Senoj KC and Dr Jyoti Mary Jose. He started to make many more once demand increased.

The gadget can be used continuously for four to six hours on a thirty-minute charge. It is attached to the mask using a magnet.

"Doctors who have given feedback have said that they don't have to strain to be heard and they were able to communicate with their patients effortlessly. Overall the feedback from users has been positive," he said.

The young innovator is now looking for companies who will be able to take this to the next level of mass production.

"I have made over 50 such devices which are being used by doctors mainly in south India. Currently, I do not have the capital or equipment to mass produce these devices. But if somebody or a large company is willing to help me with this little project, I believe it could help a lot of people," he said.