18 Migrants Killed In Separate Accidents In UP, Maharashtra And Bihar

Heartbreaking visuals have been capturing the misery of labourers and their families ever since countrywide shutdown left them jobless away from their homes. 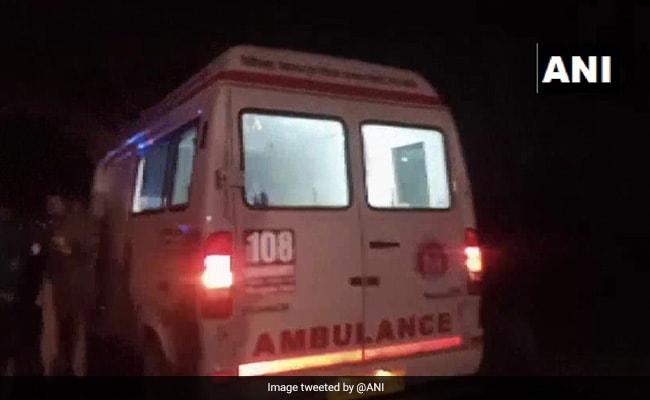 Most accidents involving labourers trying to return to their homes have been reported from UP.

Eighteen migrant workers have died in separate road accidents in Uttar Pradesh, Maharashtra and Bihar in the last 24 hours while they were  trying to return to their homes amid a nationwide lockdown, according to officials.

This morning, four migrants were killed and 15 were injured in Maharashtra when the bus they were travelling in rammed a truck in Yavatmal, about 700 km from Mumbai. The group was headed to Jharkhand.

In Bihar, at least nine labourers died and several were injured when a truck and a bus collided in Bhagalpur, about 240 km from Patna.

On Monday, five migrant workers, including three women, were killed in different road accidents on highways in Uttar Pradesh.

Last night, three migrant women workers were killed and at least 12 were injured when their truck overturned after a tyre burst on the Jhansi-Mirzapur highway. The group of 17 had started walking from Delhi to return to their villages in eastern UP and the truck driver had agreed to give them a ride, said officials. "The truck overturned after a tyre burst. Those injured have been taken to a hospital and four of them are critical. The group started their journey from Delhi," said a senior police officer.

In Unnao, about 65 km from Lucknow, two migrants were killed and 23 were injured yesterday evening when they were headed to Azamgarh from Delhi in a truck. The accident was reported on Agra-Lucknow Expressway.

UP had closed its borders on Sunday for the entry of migrants after the death of 26 labourers in Auraiya district, about 180 km from state capital Lucknow,  led to an outpouring of condolences nationwide.

Chief Minister Yogi Adityanath on Saturday ordered the district officials to stop migrants and their families from entering the state on foot, cycles or trucks, arrange food and shelter for them and provide buses for their journey.

Next morning, hundreds of migrants were stopped at the border districts in UP by police amid protests.

Heartbreaking visuals have been capturing the misery of labourers and their families ever since countrywide shutdown left them jobless away from their homes. Many of them also died as they tried covering hundreds of kilometres on foot.

Mahoba accidentlabourers accident in UP