"Vikas Dubey Dead But 10 Others Will Replace Him": Killed Cop's Relative

Vikas Dubey encounter: "The politicians who took his help in elections, what about them? It is because of such people that criminals like Dubey thrive," said a relative of DSP Devendra Mishra, who died in the ambush 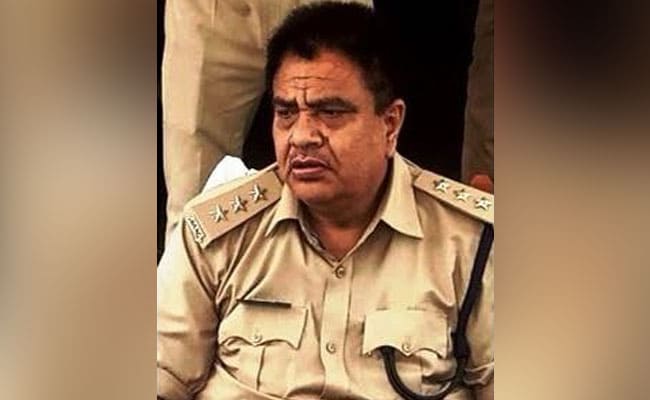 The family of a senior police officer who was killed in an ambush by gangster Vikas Dubey and his men has called for action against "those who helped him thrive and protected him" in Uttar Pradesh. Vikas Dubey was killed in an encounter after a road accident this morning while being taken to Kanpur from Madhya Pradesh, where he was arrested yesterday, the police said.

"The only sense of justice I feel is that we can carry out rituals of our family member with the knowledge that at least his murderer is not alive. But there is a disease in our society and that remains as it is," said Kamla Kant Mishra, the brother-in-law of Deputy Superintendent of Police Devendra Mishra who was among the eight UP policemen killed in the ambush last week when they had gone to arrest the notorious gangster.

"Those who sheltered Vikas, those who helped him thrive and gave him protection, they are all still intact. One Vikas Dubey has died, but 10 others will replace him. 16 are still at large," Mr Mishra said.

"The politicians who took his help in elections, what about them? It is because of such people that criminals like Dubey thrive. How did Dubey kill someone in a thana (police station) and get away? We have to strike at the roots of evil. If Dubey was alive, then at least we could have got at some more white-collared criminals," Mr Mishra said.

"I don't think that it is the end of the story; rather, this is just the beginning," he said, news agency PTI reported.

The UP Police said Vikas Dubey tried to run away after the car in which he and some policemen were travelling in overturned on a rain-slicked highway. He was shot dead, like many of his accomplices who, according to the police, had also tried to escape from custody. Vikas Dubey's closest aide Aman Dubey was shot dead after he was chased down by the police to a village on Wednesday.

In his 50s, Vikas Dubey had over 60 criminal cases against him, including murder, kidnapping and extortion. His alleged links with the police and politicians helped him stay out of jail for years.

On Friday last, a large team of policemen who went to Vikas Dubey's Bikru village to arrest him in an attempted murder case was caught by surprise when there was indiscriminate firing from rooftops.

Eight policemen were killed in the ambush set up after the gangster was tipped off by a local police inspector.