They Married 40 Years Ago. A Tech Hurdle Has Landed Them In Court

Justice Rekha Palli asked Delhi government and others to file a reply to the petition and listed the matter for December 23. 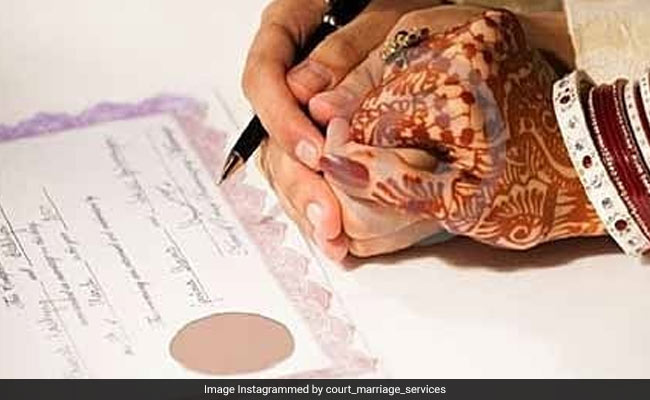 The couple married in 1981 and have four children. (Representational)

The Delhi High Court today issued a notice to the Delhi government to file a reply on the plea by a couple whose marriage could not be registered as the software system did not accept their application because they were underage when they married.

Justice Rekha Palli asked the state government and others to file a reply to the petition and listed the matter for December 23.

The couple have, in their plea moved through advocate J S Mann, sought to register their marriage.

The petitioner said in their plea that they have fulfilled all the conditions for registration of marriage as prescribed in Section 15 of the Special Marriage Act, 1954 as they have completed the age of 21 years at the time of registration and the marriage of the petitioners was conducted on May 28, 1981 as per Hindu Vedic rites and ceremonies. "Since the date of marriage, the petitioners are running their family life as wife and husband respectively and out of the said wedlock, they have four children," added the plea.

3 Cops Suspended For Alleged Lapses In Probe Over Death Of Girl,13, In Assam