There Are Perceptional Differences But Border With China Secure: Rajnath Singh

Rajnath Singh said forces of the two countries are mature enough and settle their disputes amicably. 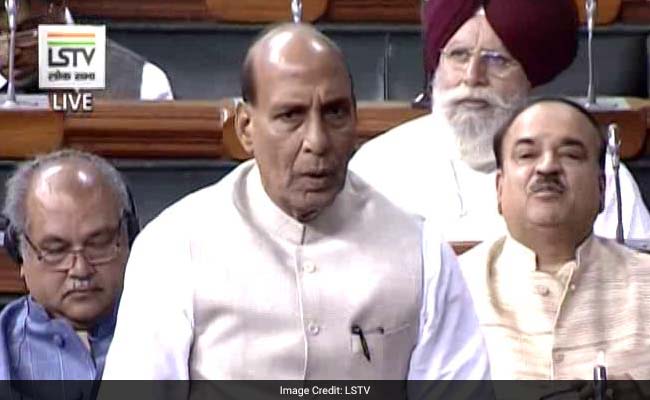 Defence Minister Rajnath Singh today said in the Lok Sabha that there are "perceptional differences" between India and China on the border issue but the Indian Army is fully alert and the border is secured.

Responding to a statement by Congress leader in Lok Sabha Adhir Ranjan Chowdhury about Chinese activities along India's border regions, Mr Singh said transgression by Chinese forces do take place and Indian forces too go for patrolling along forward locations.

"Our border is secured and forces are fully alert," he said.

Rajnath Singh said forces of the two countries are mature enough and settle their disputes amicably.