New Delhi: A group of pilots wrote a new chapter in the history of air warfare 17 years ago. In the Kargil War, they dropped laser-guided bombs on targets at an altitude of more than 17,400 feet above sea level. In doing so, they demolished the Pakistani post atop Tiger Hill, a post of extreme strategic value because it gave Pakistani gunners a perfect view of the town of Drass and National Highway 1A, the lifeline between Srinagar and Leh.

They were young pilots then. Some were 20-something Flight Lieutenants, others Squadron Leaders; all were disappointed that with India fastidious about a controlled conflict, they never got the chance to meet the Pakistan Air Force in air combat. Shreepad Tokekar, then a Flight Lieutenant, told me at the Adampur Air base where he was deployed in Punjab, "We knew they [the PAF] were around in the area because we could pick them out on the radars of our aircraft. But we never had an engagement - quite a disappointing experience I should say."

DK Patnaik was a Squadron Leader then who flew me on one of the Mirage 2000s used in the war. When I asked him then whether he was nervous before missions during Kargil he said, "Once the aircraft engines started up, everything was normal. We trained for it. However a slight amount of apprehension was there. I suppose it's just human to have that kind of apprehension ahead of the first sortie." Fighter pilots had to operate at an altitude of 33,000 feet above sea level.

On June 17, 1999, at the height of the Kargil operations, Patnaik was among the first pilots to spot and attack the key Pakistani outpost at Muntho Dhalo, the main Pakistani administrative and logistics base set up on encroached Indian territory in the Batalik sector in Ladakh; it was this nerve centre that fuelled the entire Pakistani war effort during Kargil.

Now, both Tokekar and Patnaik are changed men - the former a senior Group Captain, the latter an Air Vice Marshal, both war veterans recognised for their bravery in operations in 1999. They tell me just how tough Kargil was at times. Being shot down by Pakistani soldiers armed with US-made shoulder-mounted Stinger surface-to-air missiles was a constant threat. 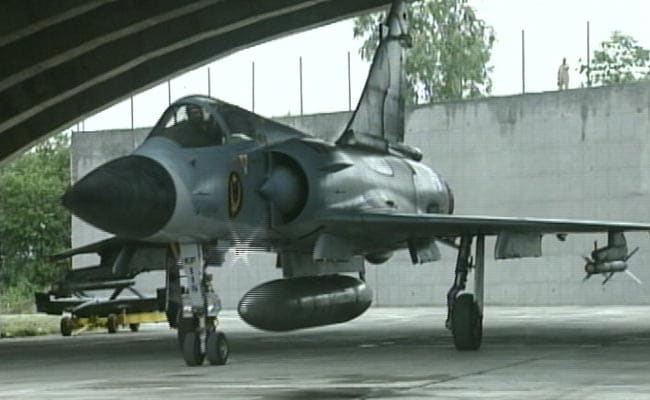 The Mirage 2000 was the dependable workhorse during the Kargil war.

Two IAF aircraft, a MiG-21 and a Mi-17 helicopter, had been downed by Pakistani fire, killing five pilots and airmen. That prompted a change in the Air Force's tactics in the region at the time. India's fighter jets had to operate higher - at an altitude of 33,000 feet above sea level to stay out of the kill-zone of Pak missiles. At the same time, they would need to swoop vulnerably low during dive bombing attacks. The Pakistanis, for their part, never stopped shooting. "I really can't say what was fired at my aircraft because it was an array that was fired at everything that could be seen from the ground. The moment they heard a jet sound, they let go of the barrage. You could see smoke plumes coming up from the ground. You never knew which one was for you" said Tokekar.

Air Marshal Patnaik was also present to share his experiences. The biggest worry was ensuring against injuring Indian soldiers in friendly fire, a distinct possibility given how close troops on the ground were to Pakistani positions that were being bombed by the Air Force. According to Patnaik, "Any miss would mean hitting your own troops which would be inviolate. Secondly, the Line Of Control was just 6 km north of this [from where the IAF was operating]. We had our instructions not to cross the LoC."

A lot has changed for the Air Force since Kargil. Laser-guided bombs and precision weaponry , in short supply then, is a part of the arsenal of every squadron; the Mirage 2000, which did yeoman's service, is being upgraded with new sensors, a new cockpit and new weapons to make it far deadlier.
Comments
Indian Air ForceIAFKargilKargil WarIndiaPakistanIndia Pakistan War