The Essential Matter Of Whose Whip Sharad Pawar's Legislators Must Obey

Ajit Pawar was removed by the NCP as leader of the legislature party after he joined hands with the BJP and took oath as Deputy to Chief Minister Devendra Fadnavis on Saturday. 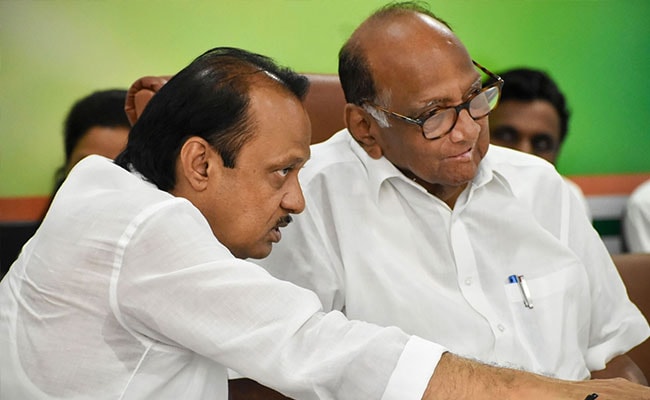 Ajit Pawar insists he remains a member of the NCP and all MLAs are with him. (File)

Ajit Pawar is still the leader of the Nationalist Congress Party (NCP) in the Maharashtra assembly and his whip will prevail, the BJP said on Tuesday as the Supreme Court ordered the party's Devendra Fadnavis to prove his majority tomorrow.

"We are confirmed that Ajit Pawar is the leader of NCP on the floor of the House and his whip will hold as leader of the legislature party," BJP leader Ashish Shelar said.

Ajit Pawar was removed by the NCP as leader of the legislature party after he joined hands with the BJP and took oath as Deputy to Chief Minister Devendra Fadnavis on Saturday. He was replaced by Jayant Patil that evening. Ajit Pawar's overnight turnaround stunned the NCP, which had been in talks with the Shiv Sena and Congress.

Ajit Pawar insists he remains a member of the NCP and all MLAs are with him.

"We are making it clear that whatever letter has been submitted by Jayant Patil is a counter letter to the letter earlier given for the appointment of Ajit Pawar as a leader of NCP in the house," Mr Shelar said.

The BJP leader pointed out that the Governor had not once but twice communicated with Ajit Pawar as the leader of the NCP. "Nobody challenged that. At the time of swearing-in, prior to that, the list of supporting MLAs was also communicated by Ajit Pawar as a leader of NCP," he said.

Before his oath, Ajit Pawar submitted a letter claiming support from all 54 NCP MLAs. His uncle and party chief Sharad Pawar, however, accuses him of using signatures taken for the Shiv Sena-NCP-Congress alliance and misleading the Governor.

A whip binds lawmakers to vote according to their party line; an MLA can be disqualified for defying a whip.

If Ajit Pawar's whip is binding, then he may compel NCP MLAs to vote for the BJP in tomorrow's test of strength.

If there are two contradictory whips, one by Ajit Pawar and the other by Jayant Patil, the Speaker will decide which one holds.

If more than two-thirds of the NCP MLAs (36) vote against a whip, then they cannot be disqualified.

The BJP says Ajit Pawar was named legislature party leader by the NCP on October 30, five days after the state election result. However, the NCP says the only name that it had conveyed in writing to the assembly secretariat was that of Jayant Patil.