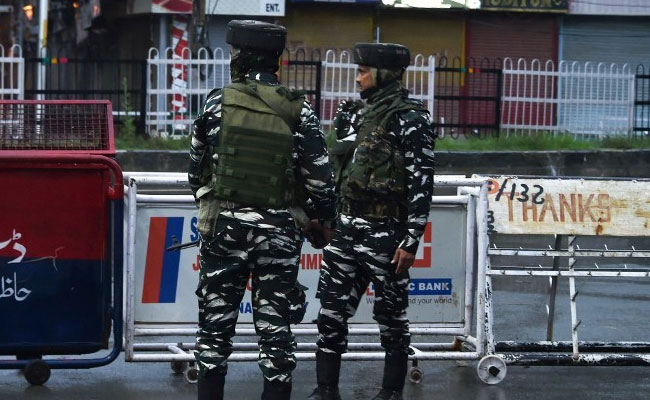 A gunfight that began in north Kashmir on Monday afternoon ended today with the killing of the third terrorist. Two more soldiers, however, lost their lives in the line of duty on Tuesday. Police said one of the three terrorists killed in the encounter was a Lashkar-e-Taiba commander, who was involved in the conspiracy to murder a BJP leader and his two family members last month.

"Among 03 killed terrorists, 02 are top commanders of of LeT - Sajad @ Haider & Usman(FT). Haider, main conspirator in the recent killings in Bandipora, was also instrumental in recruiting youth into terror folds. Involved in several attacks on Police, SFs, civilians and political workers," the police said in a tweet.

With the help of a sniffer dog, security forces tracked down attackers and cornered them in an apple orchard area. In the ensuing gunfight on Monday, two terrorists were killed and two army jawans were injured.

The operation was resumed this morning and after a prolonged encounter, the security forces killed the third terrorist.

Sheikh Wasim Bari, his father Bashir Ahmad and brother Umer Bashir were killed at their home in the union territory's Bandipore district last month. All three were BJP members.

They had Personal Security Officers who were missing when the terrorists struck.

On security camera footage, a terrorist on a bike had been seen shooting at a close range. The father and two sons were shot dead barely 50 metres from the local police station. The terrorist had used a revolver fitted with a silencer, the police had said.