The terrorists were killed when they tried to escape from a house where they had sought refuge while being chased by security forces following a brief exchange of fire in Batote area along Jammu-Kishtwar national highway. 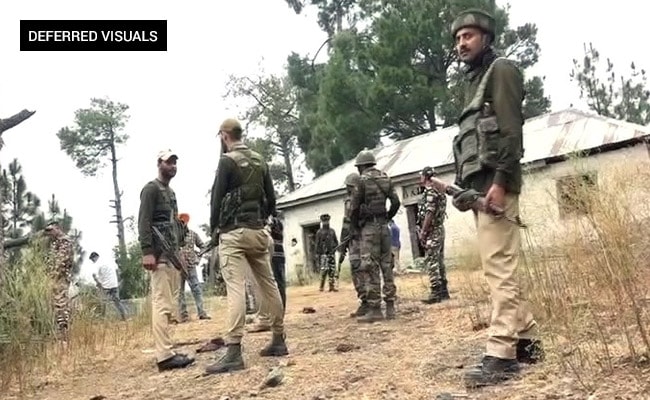 7 personnel, including a Special Police Officer, were injured in the encounter (Representational)

The three terrorists who were killed in Saturday's encounter with security forces in Ramban were trying to escape from Kishtwar due to a crackdown launched by police and CAPF in the district, Jammu and Kashmir police chief Dilbag Singh said.

A Hizbul Mujahideen terrorist, Osama, and his two associates, Zahid and Farooq, were gunned down in the gunfight. An Army soldier was also killed in the exchange of fire.

The terrorists were killed when they tried to escape from a house where they had sought refuge while being chased by security forces following a brief exchange of fire in Batote area along Jammu-Kishtwar national highway.

"A massive crackdown was launched a few days back in Kishtwar after which 41 persons with suspicious activities were picked up. More than a dozen of them turned out to be involved in helping terrorists by harbouring (them) and being associates," Dilbag Singh said on Sunday.

"It was because of this pressure maintained by the police and the Central Armed Police Forces (CAPF) that the terrorists tried to escape towards Kashmir and as a result of this pressure they were neutralised yesterday," he said while inspecting the encounter scene in Batote.

According to officials, Osama was the brain behind several sensational incidents, including the killings of senior BJP leader Anil Parihar and his brother Ajit Parihar on November 1, 2018, and RSS functionary Chanderkant Sharma and his personal security officer on April 9.

A Jammu and Kashmir Police spokesperson said Dilbag Singh first visited the house in Batote where the terrorists had taken refuge. He interacted with the family living in the house, including the elderly house owner, Vijay Kumar, who was "trapped" inside during the encounter.

Mr Kumar's family had managed to come out.

The director general of police (DGP) also visited Udhampur and felicitated the joint party of police and security forces that conducted Saturday's operation, he said. Dilbag Singh, who was accompanied by Additional Director General of CRPF Zulfikar Hassan and other senior officers, also took stock of the situation, he added.

Later, the spokesperson said, the DGP visited the Military Hospital, Udhampur, to enquire about the condition of police and security personnel who were injured in the gunfight.

Seven personnel, including Special Police Officer Imtiyaz Hussain, were injured in the encounter.

The condition of the SPO is "critical", the spokesperson said.