Police said that the terrorist was killed in weapon snatching bid which was foiled by police. The identity of the terrorist is being ascertained. 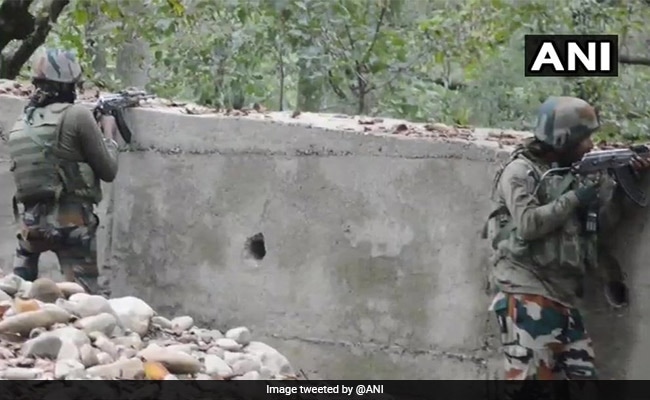 A searched operation has been launched to arrest the other terrorists who escaped during the shootout.

A Lashkar-e-Taiba terrorist was killed during an attack at a police picket in Jammu and Kashmir's Anantnag district earlier today, police said. A soldier was also injured in the attack, they said.

Police said that the terrorist was killed after police foiled a weapon-snatching bid in Achabal area.

The terrorist has been identified as Bilal Ahmad - a resident of Tantraypora Yaripora of the neighbouring Kulgam district, a police spokesman said.

"Bilal had joined the proscribed terror outfit LeT three months ago. His involvement was also established in a weapon snatching case earlier. He was involved in carrying out terror attacks on the security forces and civilian atrocities in the area," he said.

Terrorists attacked a Guard post in Achabal Anantnag. Attack was successfully repulsed. In the Ensuing gunfight, one militant was killed. While one police official sustained minor injury.@JmuKmrPolice@KashmirPolice

The injured soldier was shifted to hospital. He is stable.

"From the spot, two cars have also been seized by the police, which were apparently used by terrorists. Police have registered a case in this regard and investigation in the instant matter is in progress," the spokesman said.