Temperature Falls In Kashmir Valley, Kargil Coldest At Minus 16.2 Degrees 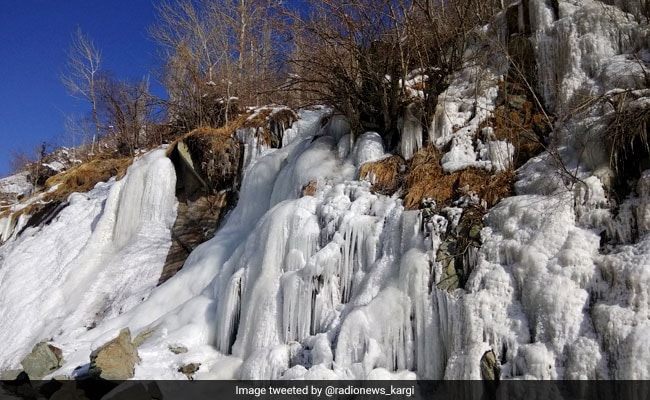 Kargil emerged as Jammu and Kashmir's coldest place at minus 16.2 degrees Celsius. (FILE)

Cold wave conditions intensified in Jammu and Kashmir with several parts of the state at sub-zero temperatures. Kargil emerged as Jammu and Kashmir's coldest place at minus 16.2 degrees Celsius, the Met department said on Friday.

The Valley currently is under the grip of Chillai Kalan- the 40-day harshest period of winter when the chances of snowfall are most frequent and maximum and the temperature drops considerably.

In Leh town in Ladakh region, the night temperature on Thursday settled at minus 15.1 degrees Celsius, the official said.

The winters this season have been dry so far, although there was a spell of early snowfall in the first and second week of November.

The prolonged dry spell has resulted in an increase in common ailments like cough, cold and other respiratory problems, especially among children and elderly.

The Met office has predicted light rain or snowfall at isolated places in the Valley and Ladakh region on Sunday and at isolated to scattered places across the state next week.