Director of Medical Education Ramesh Reddy said one of the patients recently visited Kerala but not Kozhikode where Nipah virus is prevalent. 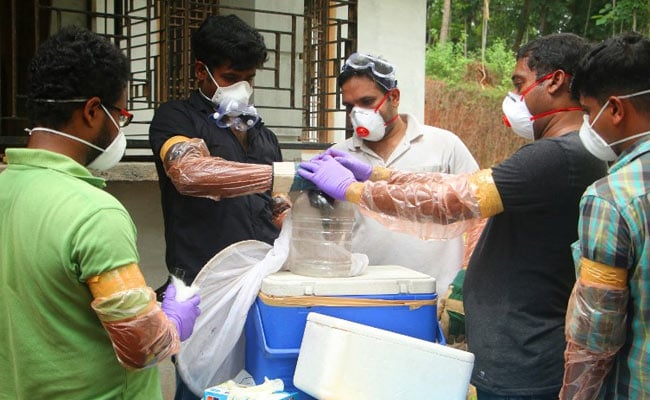 The Nipah virus has so far claimed 11 lives in Kerala.

Hyderabad: The Telangana government said today that it has sent blood samples and throat swabs of two patients suffering from fever to the National Institute of Virology, Pune, for test for the deadly Nipah virus infection.

Director of Medical Education Ramesh Reddy said one of the patients recently visited Kerala but not Kozhikode where the disease is prevalent. The other patient has not visited Kerala in recent times.

The patient, who reportedly visited Kerala, was first admitted to a private hospital with fever and later shifted to Sir Ronald Ross Institute of Tropical and Communicable Diseases, also known as Fever Hospital, while the other patient is undergoing treatment at Nizam Institute of Medical Sciences.

"We do not want to take any chances. Blood samples and throat swabs of both the patients have been sent to NIV-Pune for Nipah virus infection test. We also asked them to test for swine flu. We expect the result to come this evening or tomorrow," Mr Reddy told PTI.

He said all important hospitals across the state have been asked to be on alert with regard to the virus.

In Kerala, the Nipah virus has so far claimed 11 lives and the state government has stepped up efforts to contain the outbreak.

Promoted
Listen to the latest songs, only on JioSaavn.com
According to a Union Health Ministry advisory, the Nipah virus, which commonly affects animals such as bats, pigs, dogs, and horses, can spread to humans and cause serious illness among humans.

Spread of the virus to humans may occur after close contact with other Nipah infected people, infected bats, or infected pigs.