The assembly polls in Telangana were originally scheduled to be held simultaneously with the Lok Sabha elections next year, but the House was dissolved on September 6. 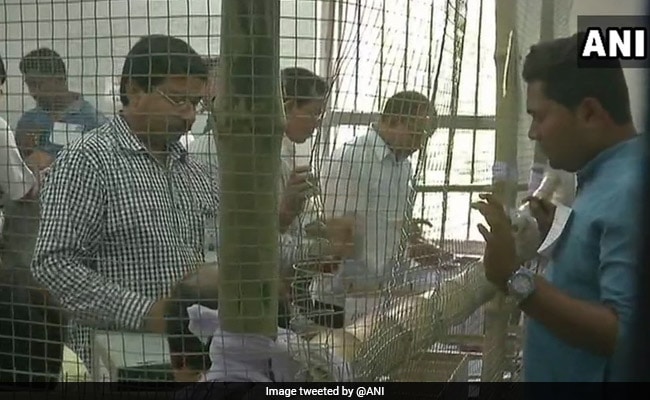 The fate of 1,821 candidates from various parties in Telangana polls will be decided today (FILE)

Counting of votes began today for the 119-seat Telangana Assembly amid tight security.

The polls for the Telangana assembly were held on December 7 with a voter turnout of 73.20 per cent. The previous polls were held in the united Andhra Pradesh. Telangana was carved out of Andhra Pradesh in 2014.

The assembly polls in Telangana were originally scheduled to be held simultaneously with the Lok Sabha elections next year, but the House was dissolved on September 6 as per a recommendation by the state Cabinet.

A clear picture about trends is expected by today afternoon. The fate of 1,821 candidates from various political parties will be decided today.

Rajat Kumar, the Chief Electoral Officer, yesterday said necessary arrangements have been made for the counting.

"Counting will be done after the completion of the full postal ballot count. Counting will be done in the respective constituencies. With the approval of the ECI, the Chief Electoral Officer, will submit the list of winning candidates party-wise to the Governor," Rajat Kumar had said.

Though some of the exit polls indicate a clear edge to K Chandrasekhar Rao-led Telangana Rashtra Samithi, 'Praja Kutami' conglomeration of Congress, Telugu Desam Party, CPI and Kodandaram-led Telangana Jana Samithi, is confident of forming the Government in the state.