BJP spokesman Nikhil Anand scoffed at RJD leader Tejashwi Yadav saying he stayed away from voting since no member of family was in the race for the Prime Ministers post. 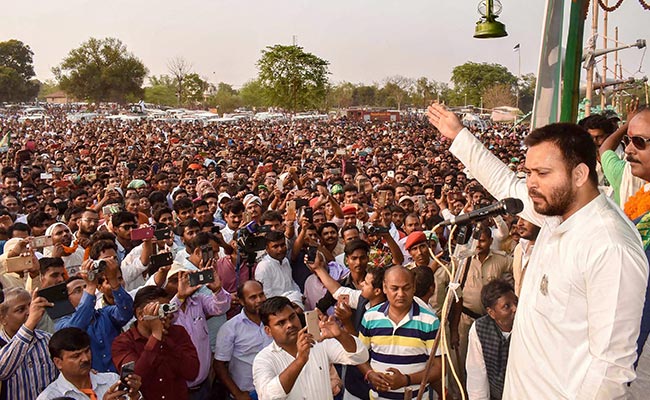 The mismatch could have been corrected, allowing Tejashwi Yadav to vote, poll body officials said.

The National Democratic Alliance on Monday taunted senior Rashtriya Janata Dal leader Tejashwi Yadav over his failure to cast his vote in Patna on Sunday though other members of his family like mother Rabri Devi, sister Misa Bharti, who is contesting from Pataliputra and brother Tej Pratap Yadav exercised their franchise.

BJP spokesman Nikhil Anand scoffed at the RJD leader saying he stayed away from voting since no member of family was in the race for the Prime Ministers post and claimed he does not actually accept the leadership of Congress president Rahul Gandhi.

JD(U) MLC and spokesman Neeraj Kumar wondered why Mr Yadav kept touring Bihar urging the people to vote in the name of his jailed father Lalu Yadav but himself failed to exercise his franchise.

RJD national vice-president Shivanand Tiwary said as per my information, a wrong photograph had been printed against Tejashwi's name in the voters list which may have prevented him from voting.

Election Commission sources said while the mismatch would be corrected, it could not have prevented the RJD leader from voting had he arrived at the designated polling booth along with his voter ID card.

Sources in the RJD, however, claimed the young RJD leader had gone out of station after campaign came to an end on Friday evening and did not return on voting day.