The searches were carried out at Indore and Bhopal, where Pravin Kakkar, Chief Minister Kamal Nath's former private secretary has houses. 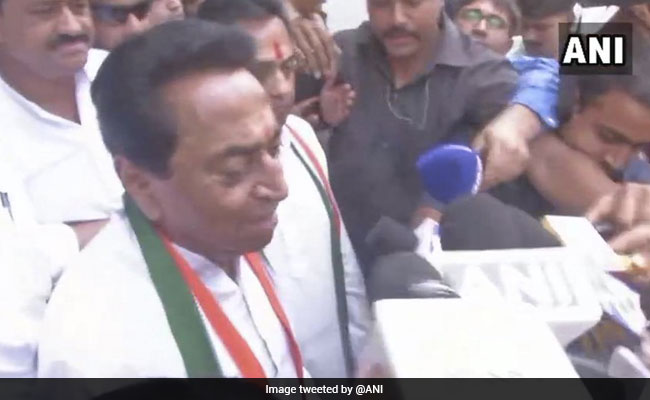 Madhya Pradesh Chief Minister Kamal Nath on Tuesday claimed the Income Tax raids at homes of his aides are the last tactics left with the BJP as the party is aware it will lose the Lok Sabha elections.

"They are doing this as they know they are going to lose elections and these are the only tactics left. I am not worried, nobody can suppress me," Mr Nath was quoted as saying by news agency ANI.

In a pre-dawn three-city operation, Income Tax officials raided at least 50 locations in Delhi and Madhya Pradesh in connection with alleged tax evasions by aides of Chief Minister Kamal Nath. A massive team of around 200 Income Tax officers and policemen swooped down on the premises of Praveen Kakkar, the Chief Minister's former Officer on Special Duty (OSD), before daybreak. The police claimed that undisclosed cash was recovered during the raids.

The searches were carried out at Indore and Bhopal, where Pravin Kakkar has houses. The Chief Minister's former adviser Rajendra Miglani's house in Delhi's Green Park was also among the 50 locations on the taxmen's list. Both Mr Kakkar and Mr Miglani had quit their government jobs just before the dates for the Lok Sabha polls were announced.