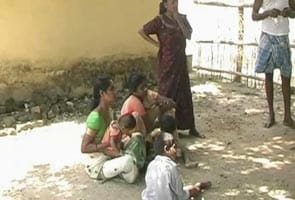 Chennai: Lakshmi's daughter is 30 and has lived 19 of those years waiting. For justice that came at long last to Tamil Nadu's Vatchathi village, where 18 women were raped repeatedly and many Dalit villagers were beaten up and abused over three days in June, 1992.

Today, all 269 people accused in the case were found guilty and were convicted by a court in Tamil Nadu's Dharmapuri district. About 100 of these are policemen and the rest, revenue and forest officials. Seventeen Indian Forest Service (IFS) officials have been found guilty of rape, and the 252 other accused, of committing atrocities against Dalits.

The quantum of punishment ranges from two to 10 years of rigorous imprisonment.

For Lakshmi, the mother of a victim who was only 13 when she was raped, the verdict has brought some healing. "Imagine our trauma and pain for 19 years. Only this kind of punishment would teach them a lesson,'' she said.

Dreaded bandit Veerappan still ruled the jungles across two southern states in the summer of 1992. People in small villages like Vatchathi were seen as Veerappan's  silent supporters. On June 20 that year, Vatchathi was raided to recover smuggled sandalwood. The raid stretched into a three-day horror of rape, abuse and torture. Apart from the 18 women being gang-raped, about 100 tribal villagers were forcibly taken to a forest office, beaten up and tortured.

No first information report was registered for three years; not surprisingly, with many policemen and officials involved. The state tribal association and Communist parties fought hard to ensure that the case saw light of day and the Supreme Court intervened and transferred the case to the CBI.

In the many years since, 54 of the accused have died. Of the rest, there are those like Armugam, a tehsildar, who has been convicted and says, ''How can we work for the government if this is the reward for us?'' Armugam is among many of the accused who plan to oppose the verdict.