Ten persons who allegedly raised the pro-Pakistan slogans were identified on the basis of a video clip. They are all aged between 20 and 25 years. 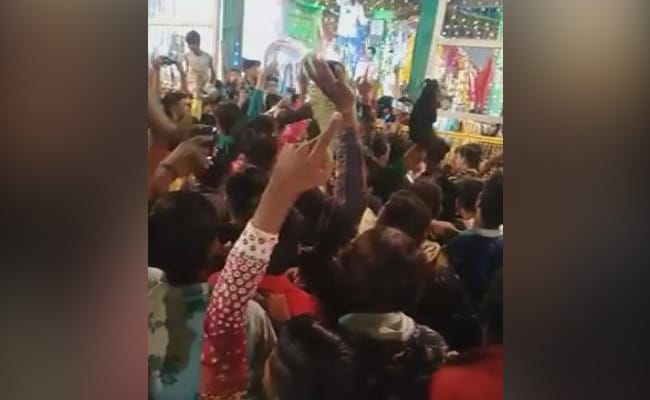 The pro-Pakistan slogans were raised when the Ujjain police stopped a Muharram procession.

Six persons have been arrested in Madhya Pradesh's Ujjain for allegedly raising pro-Pakistan slogans during a Muharram procession. They were arrested on the basis of a video clip of the incident that took place yesterday, the police said.

Authorities have identified the persons -- some remain unidentified, too -- who allegedly raised the slogans, including "Pakistan zindabad".

The incident took place during the religious procession that was passing through Ujjain's Geeta Colony area on Thursday. The participants were stopped by policemen because such events are not allowed under the prevailing COVID-19 conditions.

This apparently irked the participants who then allegedly raised the slogans. A case was registered against 10 identified and other unidentified persons at the Kharakuwan police station.

Superintendent of Police Satendra Kumar Shukla said the 10 were identified on the basis of a video clip. They are all aged between 20 and 25 years, the police said.

The video went viral on Thursday night but the police waited till this morning and scanned CCTV footage from the area before making the arrests.

"We have arrested six persons and detained some of the suspects. They are being interrogated. Rest of the accused are absconding they will be arrested soon," Mr Shukla said.

When asked if the slogans were raised in reaction to the district administration's decision to ban all public processions in view of the pandemic, he said this was not the case.

"We had already talked to the organisers who had agreed not to take out a procession," Mr Shukla said.

Chief Minister Chouhan said his administration had taken a strong stand on the incident.