In the list of India's top holiday destinations, Goa continues to sit firmly on the number one spot. It remains a popular choice not just for a beach vacation, but also destination weddings, music festivals, foodie hotspots and as a monsoon getaway too.

As bustling Goa is today, five decades back it wore a drastically different look, being a secluded and unexplored coastal region.

It was only in the 70s that the concept of Goa was created, putting this Western Indian state on the global tourist map. With the launch of India's first luxury beach resort by IHCL called Taj Fort Aguada Resort, Goa, was all set to transform.

IHCL (Indian Hotels Company Limited), a Tata enterprise, is today the largest hospitality player in the country's most popular holiday destination - Goa. With more than 1500 rooms and 14 hotels under its brands - Taj, Vivanta, SeleQtions, Ginger and its experiential stay offering Stays & Trails; the group continues its pioneering leadership for over four decades. 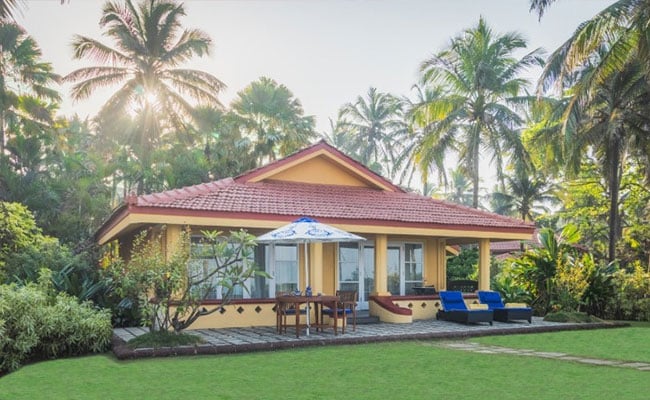 "The historic and iconic Taj hotels in Goa have contributed much to the tourism in Goa. Having pioneered the country's first luxury beach resort - Taj Fort Aguada Resort & Spa, in 1974, the group today has a significant footprint in the state with 14 hotels. With the recent additions of brands - Vivanta, SeleQtions, Ginger and its beautiful heritage bungalows Stays & Trails, IHCL offers world-class experiences across different market segments," said Vincent Ramos, Area Director - IHCL and General Manager - Taj Hotel & Convention Centre, Goa, which launched on March 1, 2020. A slew of hotel openings, catering to other market segments include the launch of Vivanta Panjim, Ginger in Panjim, Dona Paula and Madgaon and the highly celebrated Cidade-de Goa.

The Various Taj Hotels In Goa

After a gap of over a decade, Taj set foot on the pristine beaches of South Goa with the opening of Taj Exotica Resort & Spa in Benaulim. Thereafter came a slew of hotel openings, catering to other market segments with the launch of Vivanta Panjim, Ginger in Panjim, Dona Paula and Madgaon and the highly celebrated Cidade-de Goa.