Swachh Survekshan 2021: What Indore Is Doing To Retain The Swachh Award

Swachh Survekshan 2021: Will Indore be named the cleanest city for the 5th time? Indore is gearing up to win the Swachh award 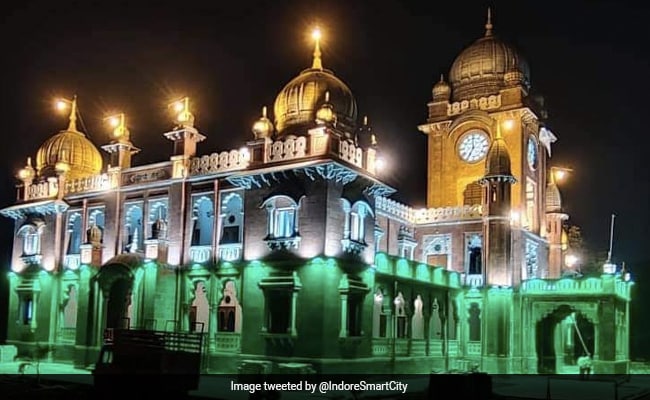 Swachh Survekshan 2021: Indore is gearing up to put its best foot forward for the 2021 "Swachh Survekshan" award. Indore was named as India's cleanest city for four straight years earlier. Indore's municipal corporation is sprucing up the city once again by installing colourful lights on the roads. The walls have already been decorated with unique paintings. Indore, the largest city of Madhya Pradesh, is known for the seven-storey Rajwada Palace and the Lal Baag Palace, which date back to 19th-century Holkar dynasty.

The Swachh Survekshan, which conducts the  "world's largest urban sanitation and cleanliness survey programme" is done by the Ministry of Housing and Urban Affairs since 2016. The contesting cities will have to put in their applications by 31st March, 11.45 PM.

"I am sure the citizens of Indore will do their best to preserve the legacy of the previous cleanliness awards. The visual impact of cleanliness comes from maintenance and beautification and these are also the parameters of Swachh Survekshan," Pratibha Pal, Indore Municipal Corporation Commissioner told news agency ANI. Swachh Survekshan 2021: The walls of Indore have been decorated with unique paintings

The drains in Indore have been cleaned and covered with nets and plants to make them look better and the number of public toilets has been increased across the city.

In order to ensure that citizens do not throw trash from moving cars, the civic body has set up its own stall at Palasia intersection where car dustbins, eco-friendly straws, cloth bags, containers for making compost will be given on rent.

The gardens across Indore have been beautified and an ''eco mart'' has been built, where recycled plastic items are kept, Ms Pal said, adding that the civic body has "completed preparation on all the parameters for Swachh Survekshan.