Vinay Tiwari was in charge of the police station near Vikas Dubey's village in Kanpur and had allegedly watered down charges against him in earlier cases. 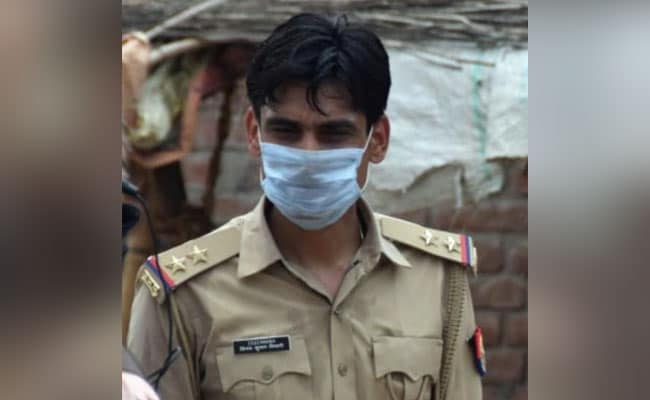 Suspended Uttar Pradesh police inspector Vinay Tiwari, accused of tipping off gangster Vikas Dubey to a raid last week that turned into a massacre in which eight policemen were killed, was arrested today.

Vinay Tiwari was in charge of the Chaubeypur police station with jurisdiction over Vikas Dubey's village in Kanpur and had allegedly watered down charges against him in earlier cases.

"We have made the arrests after a lot of evidence collection. If anyone attacks the police or prevents us from working or conspires to get a policeman attacked, we will take action even if it is a fellow cop," said Dinesh Kumar P, Kanpur police chief.

Vinay Tiwari was suspended on Saturday over his links with the criminal. A sub-inspector in the same police station, KK Sharma, was also arrested. Earlier today, all 68 policemen posted at the Chaubeypur police station were removed and sent to the police lines.

This, on a day police teams appeared to close in on Vikas Dubey, who was spotted on security footage at a hotel near Delhi. One of Vikas Dubey's closest aides, Aman Dubey was shot dead this morning and two more associates were arrested.

On Friday, 50 policemen went to Vikas Dubey's village to arrest the notorious gangster charged in 60 cases including murder, kidnapping and extortion.

Vikas Dubey, alerted by someone from the police force, had set up obstacles on roads, organized his men and was waiting with AK-47s for the police teams that arrived in the early hours of Friday.

The policemen walked into the village to indiscriminate firing from rooftops. Eight died on the spot and many were wounded.

The gangster and many of his men escaped.

Over the past few days, a letter circulated on social media has indicated that Vikas Dubey had been helped by the police.

The letter alleging a nexus was reportedly written three months ago by Devendra Kumar Mishra, a Deputy Superintendent of Police (DSP) killed in the ambush, to his superior - then Kanpur police chief Anant Deo Tiwari.

The officer had complained about cops, especially Vinay Tiwari, helping the gangster and diluting charges to shield him. The UP police said it was investigating the letter, but could not find it in official records.

Anant Deo, who allegedly ignored the letter, has been transferred by the Uttar Pradesh government. Mr Deo, who is a Deputy Inspector General in the Special Task Force, has been shifted to the Provincial Armed Constabulary in Moradabad.