RJD had suspended Raj Ballabh Yadav from the party in February 2016. 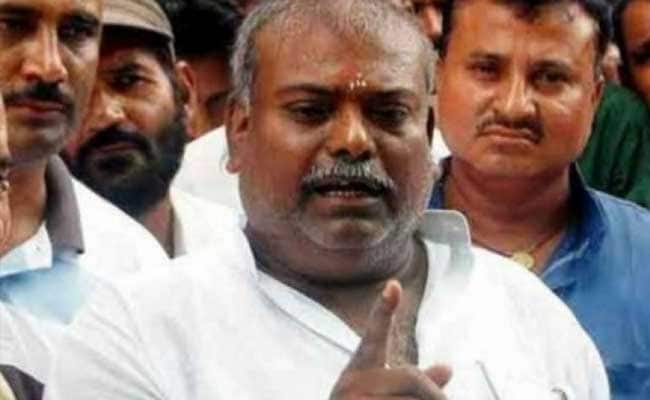 Raj Ballabh Yadav, a Bihar lawmaker is accused of raping a minor. (File)

A local court in Patna convicted suspended RJD leader Raj Ballabh Yadav and five others in a rape case. On December 21, the court will hear arguments on the issue of quantum of punishment (sentence), Special Public Prosecutor Shyameshwar Dayal said.

The prosecution will press for maximum sentence in the case since the leader "hatched a criminal conspiracy" to rape a minor, he added. He may lose his assembly membership since he he has been convicted under sections which attract minimum sentence of six years.

As per section 8(3) of Representation of People Act, 1951, a person convicted of any offence and sentenced to imprisonment for not less than two years shall be disqualified from the date of such conviction and shall continue to be disqualified for a further period of six years since his release.

RJD had suspended Yadav from the party in February 2016. After evading arrest for a long time, he surrendered after a local court issued proclamation notice and an order to seize his properties.

In its charge sheet, Bihar police had also named a woman and her relatives, accused of "supplying " women to Yadav.