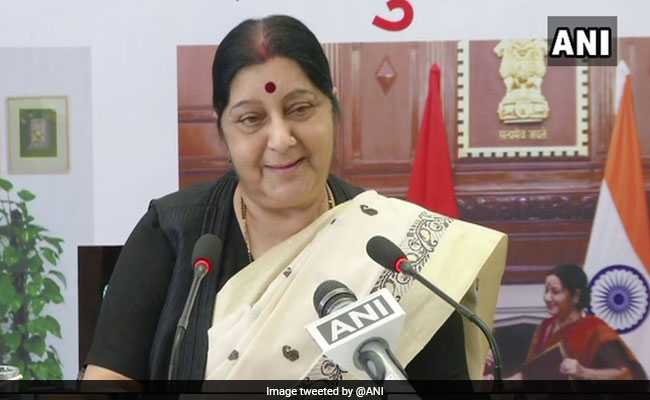 Sushma Swaraj's visit would have taken place around September 14.

External Affairs Minister Sushma Swaraj's visit to Syria, scheduled for next week, has been postponed, a senior official said on Saturday.

"EAM's visit to Syria has been deferred due to the prevailing situation in that country," External Affairs Ministry spokesperson Raveesh Kumar said in response to a query.

"Fresh dates will be decided in mutual consultation with the Syrian side," Mr Kumar said.

This would have been the first high-level visit from India to Syria since civil war broke out in that West Asia nation in 2011.

Sushma Swaraj was supposed to lead a delegation to hold a joint commission meeting with the Syrian Foreign Minister Walid Al Moualem.

Media reports earlier quoted Syrian Ambassador to India Riad Abbas as saying that the visit would have taken place around September 14.

India has supported Syrian President Bashar al-Assad in his fight against the ISIS.