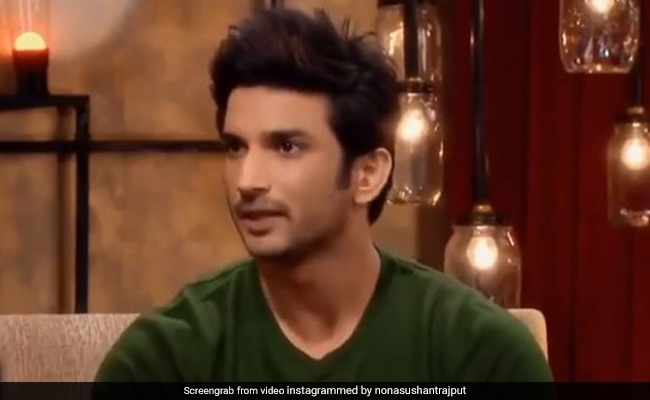 Sushant Singh Rajput did not kill himself, BJP MP and former Chief Minister Narayan Rane claimed Tuesday, while also alleging that the actor had been "murdered" and the Maharashtra government was trying to "save someone".

Mr Rane's comments come amid political sniping between the Maharashtra and Bihar governments over investigations into Mr Rajput's death and a complaint by his father accusing Rhea Chakraborty, the actor's reported girlfriend, of mental harassment and financial irregularities to the tune of Rs 15 crore.

"Sushant Singh Rajput did not commit suicide. He was murdered. Maharashtra government is trying to save someone. It is not paying attention to the case," Mr Rane was quoted by news agency ANI.

"Even more than 50 days after the death of Sushant, no FIR has been registered in this case," the Rajya Sabha MP told reporters in Mumbai.

This morning Bihar Chief Minister Nitish Kumar recommended a CBI probe into the circumstances behind Sushant Singh Rajput's death; the "MS Dhoni: The Untold Story" actor was found dead at his Mumbai residence on June 14.

"Since the family has given its consent, we are recommending a CBI probe on the FIR which was lodged in Bihar," Nitish Kumar told NDTV shortly after the actor's father, KK Singh, spoke to him.

Bihar Police's investigation is focused on transactions involving companies set up by Mr Rajput, along with Ms Chakraborty and her brother.

On Monday Mr Singh claimed that he had warned Mumbai Police of a threat to his son's life but no action had been taken. The cops hit back shortly after, saying they had received no written complaint and that the family had failed to mention their suspicions in the days immediately following Mr Rajput's death.

Mumbai Police have also said there is no evidence, at this point, to suggest that Ms Chakraborty was involved in financial wrongdoings. They also said Mr Rajput had been diagnosed with bipolar disorder and was taking medication.

Nitish Kumar's call for the CBI to take up the case drew a sarcastic response from Shiv Sena MP Sanjay Raut, who suggested that the KGB (Russian secret service) and the United States' CIA also be invited to the probe.

Calls for the CBI to take over the case have been dismissed by some legal experts, who point out that the central agency has no jurisdiction unless it is either invited by the state in which the alleged crime happened (in this case, Maharashtra) or is assigned the case by the High Court or Supreme Court.

The Supreme Court will hear one aspect of this matter on Wednesday - a petition by Ms Chakraborty asking that the case against her, filed by Mr Rajput's father in Bihar, be transferred to Mumbai.

The BJP leader isn't the only one to allege that Sushant Singh Rajput was killed.

In the Bihar assembly yesterday Neeraj Bablu, BJP MLA and Mr Rajput's brother-in-law, made the same claim and reiterated the widespread call for a CBI probe into the circumstances behind Mr Rajput's death.