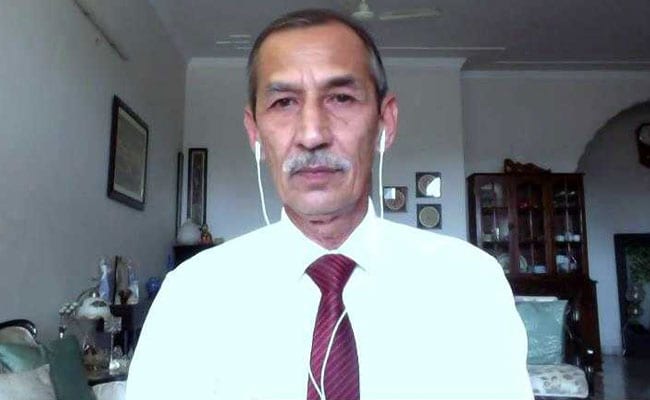 "Yes, it hurts. Any martyr, police or Army, he must get all respect," Lt General DS Hooda (retired) said

Lieutenant General DS Hooda (retired), who oversaw the cross-border surgical strikes in September 2016 as the former Northern Command chief of the Army, today condemned Malegaon blast case accused Pragya Thakur's comments that 26/11 hero Hemant Karkare had died at the hands of terrorists after she "cursed" him.

"The Election Commission has said you cannot use military people or issues for political purposes," said Lt General Hooda.

Days after India carried out an airstrike in Pakistan's Balakot on February 26 in retaliation against a suicide bombing in Jammu and Kashmir's Pulwama that killed 40 CRPF soldiers, BJP chief Amit Shah had said the airstrike killed over "250 terrorists". The opposition had accused him of politicising the airstrike and taking credit for the military's actions, months before the national election.

"As far as politics or raising questions over cross-border strikes are concerned, I think when senior military officers come and say you know this operation has been done, I think that should be the end of it. Unfortunately, the whole debate keeps dragging on and it comes up in various forums, and that's why the military tends to get drawn into political debates. I think that's not correct," said Lt General Hooda, flanked by Congress leaders Jairam Ramesh and P Chidambaram.

Lt General Hooda, explaining the significance of the report, said, "India is doing well diplomatically but there should be a permanent seat in the UNSC (United Nations Security Council)."

Lt General Hooda was picked by the Congress to head a task force on national security and prepare a "vision document" for the party before the national election began.

"As an Army chap I always remain apolitical. I don't want to get dragged into a political debate," he said, adding he will only answer on the national security document.