Surat Fire: Students Killed In Surat Coaching Centre Fire Were Aged Between 14 And 17

Fire In Surat: Initial reports suggest that many of the children trapped in fire panicked and jumped as fire engines battled the blaze. 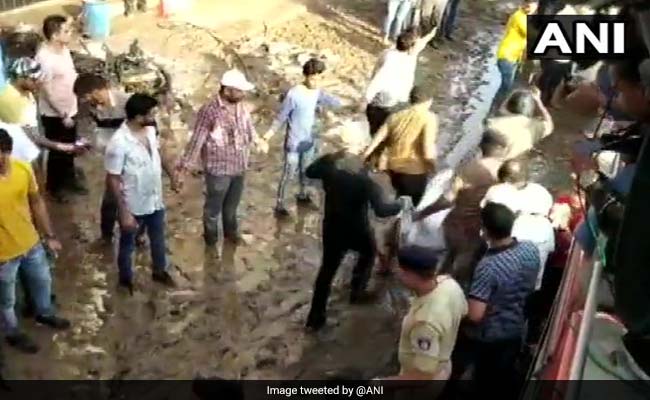 Surat Fire: Many children reportedly died of the fall.

At least 18 people have died, including students aged between 14 to 17, when a coaching centre in Surat caught fire. According to initial reports, the building was a commercial complex which also housed a tuition centre which catered to school children from Class 9 to Class 12. Reports suggest since the summer vacations were on, the students who were preparing for their Class 10 and Class 12 boards exams were in the coaching centre at the time of the incident.

Initial reports suggest that many of the children trapped in fire panicked and jumped as fire engines battled the blaze. Many children reportedly died of the fall.

Videos recorded by witnesses on social media showed several students jumping off the third and fourth floors of the building.

The operation to douse the fire is still on.

"Students on fourth and third floor jumped off to the ground to save themselves from fire and smoke. Many have been rescued and sent to hospital. The operation to douse the fire is on," the fire official told news agency PTI.

"Extremely anguished by the fire tragedy in Surat. My thoughts are with bereaved families. May the injured recover quickly. Have asked the Gujarat Government and local authorities to provide all possible assistance to those affected," he tweeted.

"Deeply saddened by the news of Surat fire tragedy. Instructed officials to do needful. My prayers are with all those affected. May those who have been injured recover at the earliest. I pray for the departed souls. Om Shanti." he tweeted.