After his death, based on the statement, the police registered a case of murder and formed 10 teams with around 100 personnel for investigation. 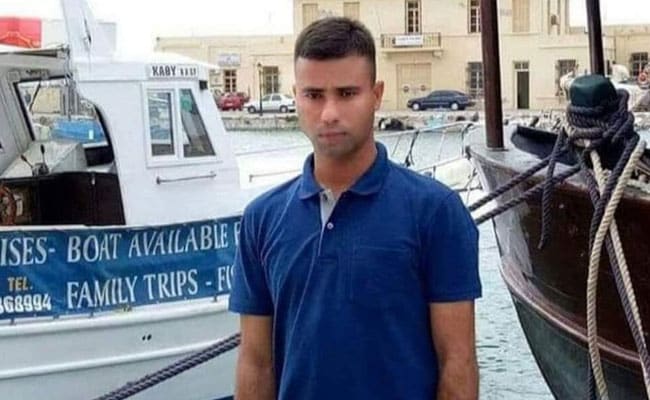 The police have claimed that Suraj Kumar Dubey had three SIM cards.

On February 5, Navy sailor Suraj Kumar Dubey from Jharkhand walked down a hill in Maharashtra's Palghar district in a semi-burnt condition. At the hospital, before his death, he told the local police that he had been kidnapped from outside the Chennai airport on January 30, kept captive in the Tamil Nadu capital for three days for ransom and set on fire. He, however, couldn't answer how he reached Palghar, hundreds of kilometres from Chennai. CCTV footage in and around the airport has deepened the mystery -- the police say the man is seen coming out and going into a hotel, without getting kidnapped.

In his dying statement, Mr Dubey had told the police that on January 30, he took a flight from Ranchi to Chennai. He reached Chennai at 9 PM. Outside the airport - he said - three unknown men snatched his money and mobile phone at gunpoint and shoved him into a white SUV. The kidnappers then demanded Rs 10 lakh as ransom to release him, he said.

"He was on leave from January 1 till February 1. Three unknown persons kidnapped him in a car on gunpoint. He was kept in Chennai for three days. He couldn't detail what happened after that. On Feb 5, he was set on fire with petrol... this was his statement," said DT Shinde, the Palghar police chief.

Based on his statement, the police registered a case of murder and formed 10 teams of around 100 personnel to investigate.

The initial investigation, however, has confounded the police more than the statement.

According to the police, the sailor's family never received any call for ransom. The CCTV cameras in and around the airport did not record any signs of struggle or kidnapping. The man was seen changing SIM cards in his mobile phone.

The police have claimed that Mr Dubey had three SIM cards. The family knew of only two phone numbers. On January 1, he had reportedly invested in the share market using his third phone number.

"He said he was kidnapped, but on January 1, he took out Rs 5,000 from his account...The third SIM card was working for two days (after his kidnapping) from which share transactions were made," the officer said.

Police said Mr Dubey had been in debt - he had borrowed Rs 6 lakh from a colleague, Rs 8 lakh from a bank as personal loan and Rs 9 lakh from his would-be in-laws. Yet there was only Rs 392 in his two bank accounts.

"The colleague was demanding the money. Mr Dubey had told him that he would return (the loan) via cheque," the police said.

Mr Dubey's family has accused one of his colleagues. They say the colleague had called him 13 times in a day when he was in Jharkhand.