In Supreme Court's Right To Privacy Judgment, A Touch of Rainbow

In 2013, the Supreme Court had upheld Section 377, a British-era law that criminalises gay sex. Today, the court's ruling on Right to Privacy brought preservation of personal intimacies and sexual orientation in its ambit 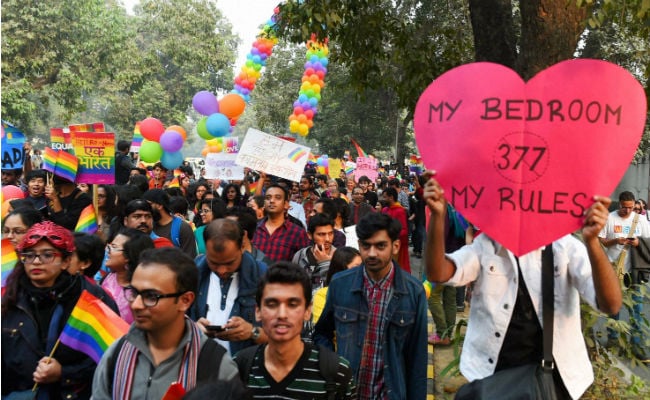 New Delhi: The landmark Supreme Court judgment today which declared privacy is a fundamental right of all Indians, has also brought cheer to the gay and LGBT communities.  The court said right to privacy is valid even in the context of Section 377 --- a law that criminalises what was once seen as unnatural sex. Sexual orientation, the court said, is an "essential component of identity" and the rights of lesbian, gay, bisexual and transgender population are "real rights founded on sound constitutional doctrine".

Elaborating on the concept of privacy, Justice DY Chandrachud, who was part of the nine-judge bench that pronounced the verdict, said in his judgment: "Privacy includes at its core the preservation of personal intimacies, the sanctity of family life, marriage, procreation, the home and sexual orientation... Privacy also connotes a right to be left alone."

The judgement had come as a severe blow to the gay and LGBT community, given the Delhi High Court, four years before, had decriminalised gay sex between consenting adults, bringing it out of the ambit of Section 377. But the top court had reversed the ruling and placed the onus on parliament, saying only it can scrap or change laws.

Promoted
Listen to the latest songs, only on JioSaavn.com
Today, the bench said the Delhi High Court had "erroneously relied upon international precedents in its anxiety to protect the so-called rights of LGBT persons".  The rights of gay and LGBT population "cannot be construed to be 'so-called rights', the court said, adding their rights are not "so-called" but real rights under the Constitution.

After the 2013 judgment from the top court, a a number of celebrities and gay personalities had asked the court for a rethink. The court had referred it to the Chief Justice. The petition, which challenges Section 377 on the ground that it violates the privacy of people is still pending.