The top court refused to interfere with an order restraining a woman from feeding birds from her balcony flat in a high rise building in Mumbai. 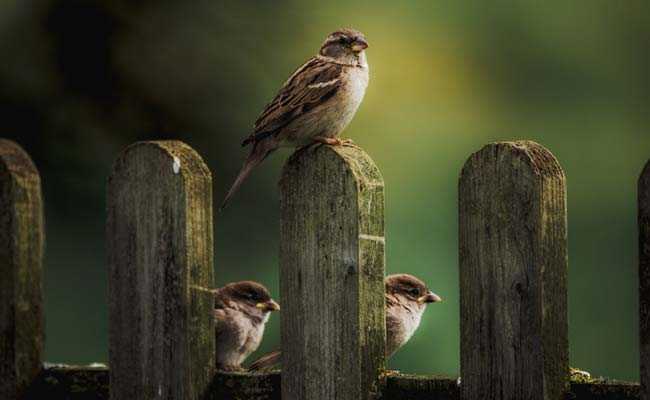 Top court refused to interfere with an order restraining a woman from feeding birds. (Representational)

A person cannot feed birds from a flat's balcony creating nuisance due to droppings and filth for other occupants in a residential society, the Supreme Court has said.

The top court refused to interfere with an order restraining a woman from feeding birds from her balcony flat in a high rise building in Mumbai.

"If you are living in a residential society, then you have to conduct yourself according to the norms," said a bench of Justices UU Lalit and Indu Malhotra.

Counsel appearing for petitioner Jigeesha Thakore said it was not a case of nuisance but of strained business relations between the parties concerned due to which a civil suit was filed against her in the lower court.

The bench said in a recent order that the Bombay City Civil Court on September 27, 2013 had granted interim injunction by which it had restrained the woman from feeding the birds from the balcony of her flat.

It noted that when the civil court order was challenged by the woman before the Bombay High Court, it had refused to interfere and made the interim injunction as absolute by dismissing the appeal on July 12, 2016.

"In the circumstances, we see no reason to interfere in the matter. The special leave petitions are dismissed," the bench said while directing the civil court to dispose of the pending suit as expeditiously as possible.

In 2011, Dilip Sumanlal Shah and Meena Shah residing in the 10th floor of an apartment in Worli, moved the civil court against Thakore and her family members residing on the 14th floor.

The Shah family sought injunction against the Thakore family for creating nuisance for them and other occupants of the building by feeding birds with water and grains from her balcony.

The 20-storey co-operative housing society had also moved court against Thakore family seeking direction to restrain them from feeding the birds from the balcony of their flat.

In their plea before the civil court, Shah family contended that Thakore family has installed a metal platform outside their balcony window.

They argued that a large number of birds flocked the platform causing nuisance due to droppings and filth.

Shah family argued that Thakores start bird feeding at 6.30 am in the morning, which is done several times in the day till evening.

The society had requested the Thakores' to use the public places designated for feeding birds and passed a resolution that no member will be allowed to feed birds from their balconies or windows.

Thakores, in their reply to the civil suit by Shah, had contended that they were animal welfare activist and associated with an NGO since 1998 and ran a dog. shelter.

They said that Shahs used to be regular supplier of medical and surgical equipment to the NGO but their relations turned sour.

They said was not possible to feed birds on the ground level as they could come under a car or be attacked by some cats and dogs.