"Sultanpur Should Be Called...": UP BJP Lawmaker's Renaming Demand

Claiming Sultanpur was named by the Khilji dynasty, the lawmaker said the original name of the city was Kushbhawanpur. 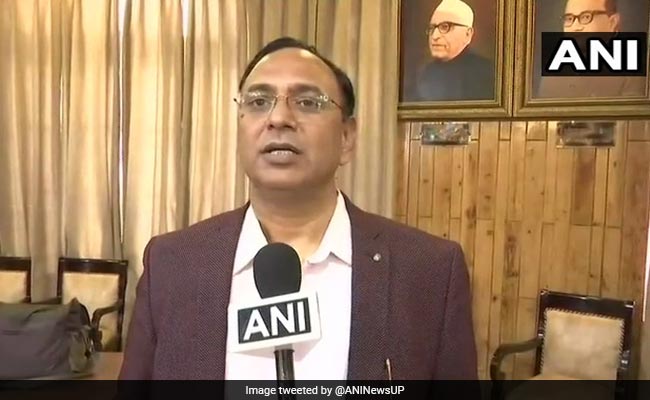 After the rechristening of Allahabad and Faizabad to Prayagraj and Ayodhya, a new demand to rename Sultanpur has cropped up. BJP lawmaker Devmani Dwivedi wants Sultanpur to be renamed to Kushbhawanpur. He is an MLA from the Lambhua constituency in Sultanpur.

Claiming Sultanpur was named by the Khilji dynasty, the lawmaker said the original name of the city was Kushbhawanpur. The Khilji dynasty was the second dynasty of the Delhi Sultanate and ruled large parts of India between 1290 and 1320 AD.

In August, he had submitted a proposal for the renaming in the state Legislative Assembly. The House had agreed to discuss the proposal.

Various other leaders have demanded similar name changes in the recent past like "Agrawal" or "Agravan" for Agra. A proposal to rename Shimla as "Shyamala" was also rejected.

The ruling BJP has justified the name changes across Uttar Pradesh saying they are merely restoring older names and correcting historical distortions.

Chief Minister Yogi Adityanath had indicated last month that his government is likely to keep up with the renaming spree.

"We did what we felt was good. We renamed Mughal Sarai as Pandit Deen Dayal Upadhayay Nagar, Allahabad as Prayagraj and Faizabad as Ayodhya. Where there is a need, the government will take the steps required," Yogi Adityanath had said.