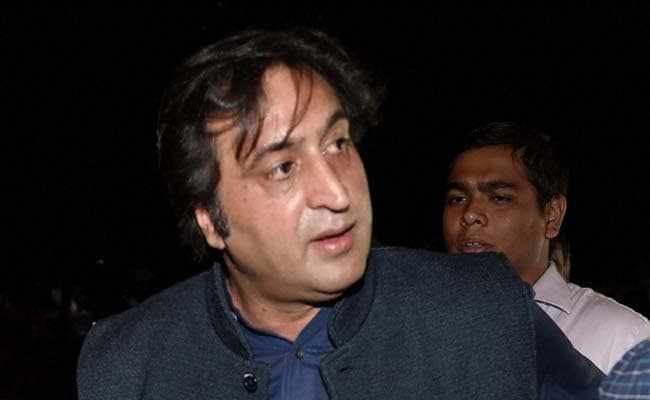 Sajad Lone, an ally of the BJP in Jammu and Kashmir, has refused to take charge as minister in the new state government because he is upset with his portfolio. The People's Conference leader has been allotted Animal Husbandry, which he believes is too insignificant.

Sources say Mr Lone, 47, has threatened to resign if he is not given a better ministry.

Since he was sworn in on Sunday as a minister in the PDP-BJP government led by Mufti Mohammad Sayeed, Mr Lone has not attended office even once. He has also returned his official car, security and other ministerial perks.

Instead of going to the civil secretariat in Jammu, he today took a flight to Srinagar to consult with party colleagues on his next move.

The three-day old coalition government has already seen controversy with the BJP having to dissociate itself from statements made by the PDP and Chief Minister Mufti Mohammad Sayeed.

Mr Lone, a former separatist, won his first election in December from the Handwara constituency in north Kashmir. His party won two seats in the 87-member state assembly.

Promoted
Listen to the latest songs, only on JioSaavn.com
In November, he met Prime Minister Narendra Modi in Delhi and described him as his "older brother."

"The PM is a great human being. I was pleasantly surprised with his down-to-earth personality, his vision about bringing in investments into the state," Mr Lone said, adding, "I could not make out whether I am talking to the PM or my older brother."