3 Killed In Gunfight Between Security Forces, Maoists In Chhattisgarh

Sukma: Police said intermittent firing was continuing in the area, and reinforcements were sent to the spot. 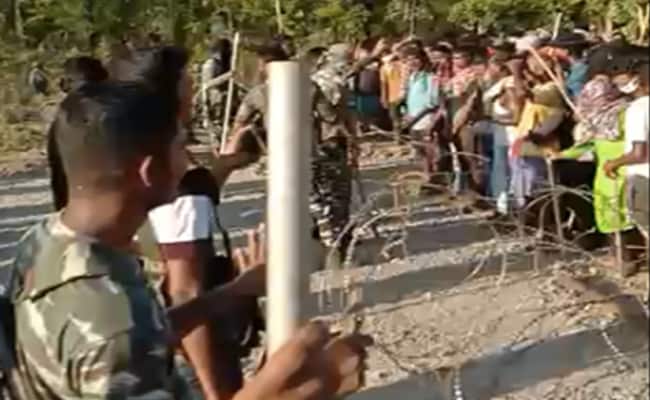 Three people were killed on Monday in an exchange of fire between security forces and Maoists in front of a newly built camp in Chhattisgarh's Sukma district, police said.

Police said villagers had been protesting the setting up of the camp for the last few days, allegedly under pressure from Maoists. Amid the protests, Maoists today opened fire at the camp.

"On Sunday night, they returned to their villages, but on Monday afternoon, some people, including some Maoists of the Jagargonda Area Committee, reached the camp and started firing. The security personnel retaliated, and the exchange of fire continued. After the firing stopped, we found three bodies which are yet to be identified," P Sunderraj, Inspector General, Bastar, said.

Police said intermittent firing was continuing in the area, and reinforcements were sent to the spot.

The encounter site is located just 10 kilometres from the spot where 22 security personnel had died in the line of duty in a Maoist ambush in April.