Sukhbir Badal, whose wife Harsimrat Kaur is a Union Minister, was speaking to a gathering after praying at the Golden Temple in Amritsar on Friday. 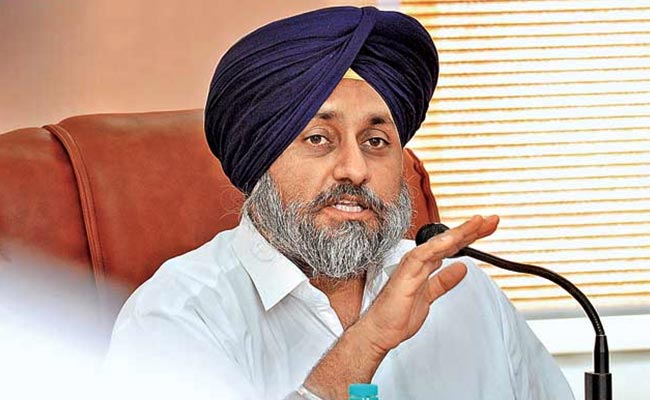 Punjab leader Sukhbir Badal's Akali Dal is a key ally of the BJP.

Akali Dal leader Sukhbir Badal, a key ally of the ruling BJP, made controversial comments on the Babri mosque razing and the 1984 Operation Bluestar.

The former Punjab Deputy Chief Minister, whose wife Harsimrat Kaur is a Union Minister, was speaking to a gathering of Sikh religious organisations after praying at the Golden Temple in Amritsar on Friday.

"See, the Congress party attacked Darbar Sahib (Golden Temple) with tanks and our people still vote for them. On the other hand, you see the case of Babri Masjid... it is said that the BJP did it. I don't want to say it... but has any Muslim ever voted for the party?," Sukhbir Badal, an MP, says in Punjabi.

He was apparently urging Sikhs to be united.

"I don't want to take the names of other communities which don't have leaders and are in a shambles. I am just quoting a very minor incident where a Sikh driver was assaulted and the accused had to lose his job only because we are united. Followers of many religions are being assaulted every day and nobody even cares about them," said Sukhbir Badal, apparently hinting at the incidents of mob lynching.

Federalism has been at the core of Akali Dal's politics for decades and the party faced severe criticism from its home state for supporting the changes to Article 370 to end special status to Jammu and Kashmir.

The party, which lost in the 2017 state election, has been trying to win back the support of the Sikh community ahead of 2022 polls in Punjab.