"Such Is Their Gratitude": Medical Body Slams Mob Killing Of Assam Doctor

The West Bengal Doctors Forum (WBDF) on Sunday condemned the killing of a senior doctor at a government hospital in Assam's Jorhat by tea estate workers the previous day. 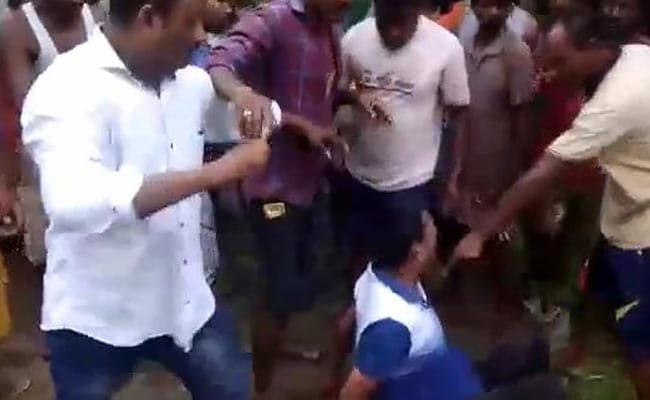 Dr Deven Dutta was considered the senior-most doctor in Jorhat.

The West Bengal Doctors Forum (WBDF) on Sunday condemned the killing of a senior doctor at a government hospital in Assam's Jorhat by tea estate workers the previous day. The tea workers were apparently angry about a co-worker dying at a time when the victim, Dr Deven Dutta, was not present at the hospital.

Twenty-one people who were part of a 250-strong mob that attacked the hospital have been arrested. The Indian Medical Association has called a strike, including withdrawal of emergency services, on Tuesday.

The tea estate has been locked down for now by the management over safety concerns.

"The WBDF strongly condemns the violent murder. Dr Dutta was a 75-year-old physician who had involved himself in the service of his community even after retirement! The people he served thanked him by murdering him in front of police," the statement read, before going on to claim that violence in healthcare has become a "way of life" for medical practitioners in India.

The doctors' forum said that the community served by Dr Dutta "did not hesitate even once while beating him to extinction". "Decades of service, out-of-hour help, solicited advice to the patients he served were washed away, forgotten and violently trashed by a moment of service inadequacy. A life spent on giving and helping was snatched away mercilessly by the very people he called his own," the statement read.

Sukra Majhi, a 33-year-old worker at the Teok Tea Estate, was brought to the government hospital in a critical state on Saturday. However, Dr Dutta was not present in the hospital at the time and the pharmacist was also on leave. The nurse on duty administered saline to the worker, but she died. When the doctor finally arrived around 3:30 pm, the angry workers thrashed him and locked him in a hospital room -- preventing him access to medical aid. Although police eventually managed to rescue him, the doctor died hours later.

The WBDF's statement on the incident was particularly scathing. "It took paramilitary forces to evacuate an injured man... such is the strength of the mob in India. Such is the nature of gratitude and natural justice in India. Such is the state of security for medical practitioners in India. In glorious India, the mobs remain our future patients," it read, adding that doctors are "not appreciated in India any longer".

Dr Dutta, who was serving on extension at the tea estate, was considered the senior-most doctor in Jorhat.