Student blog on why she joined anti-Modi protests 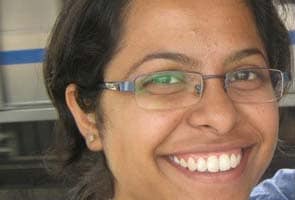 New Delhi: Sanjana Arya a second-year student doing her masters in Sociology from the Delhi School of Economics was part of the protests outside the SRCC college where Gujarat chief minister Narendra Modi addressed nearly 2000 students today. She explains why she demonstrated against his visit.

Today there are protests held for just about anything and everything. Protests against films like Vishwaroopam, protests against artists like MF Hussain, slogans are shouted against writers like Salman Rushdie. Even people like Ashis Nandy say something that is understood out of context and there are protests for that too. Young Kashmiri musicians stop making music because of some protests.

So in a country where protesting is a right we enjoy, then why not join a protest that seems genuine?

I was shocked and surprised when I saw a poster outside my college that Narendra Modi was a speaker there. I knew it wouldn't go down well with many of my college mates. As expected, within a few days, there were posters announcing there will be protests against his visit outside SRCC. I decided to join.

While one may want to compliment Mr Modi on the progress made by his state, one can't ignore the mass killings and genocide of 2002. He was the head of the state where hundreds of Muslims were killed. I may have been young at that time but there have been countless books, movies, articles on how the state watched in mute while people were killed. He could have done something. But he did nothing.

I felt I had to be there today to show my solidarity for those who were killed. When I reached at 3.15 pm, there were around 100 people who were shouting anti-Modi slogans. A little later, some BJP youth-wing people came and started pro-Modi sloganeering. It was peaceful, but a little later, some people began jumping the barricades and that's when the police began lathi-charging and using water cannons on people gathered there.

The sloganeering got louder as Mr Modi stepped out. I was drenched by then but my resolve was stronger. I know he was in Delhi to appeal to the youth because he now has Prime Minister ambitions. I don't think he would have come otherwise. He may have regaled the audience with statistics and numbers but no one knows how much of it is fact.

I know one thing for sure that no matter how many times he comes to Delhi, I will protest against his visit.

Promoted
Listen to the latest songs, only on JioSaavn.com
Disclaimer: The opinions expressed within this blog are the personal opinions of the author. NDTV is not responsible for the accuracy, completeness, suitability, or validity of any information on this blog.  All information is provided on an as-is basis. The information, facts or opinions appearing on the blog do not reflect the views of NDTV and NDTV does not assume any responsibility or liability for the same.