Statue Of Unity: Videos of puddles of water on the floor and water dripping off the roof of the Rs 3,000 crore statue's viewing gallery came in for criticism from many, who termed the incident "unfortunate". 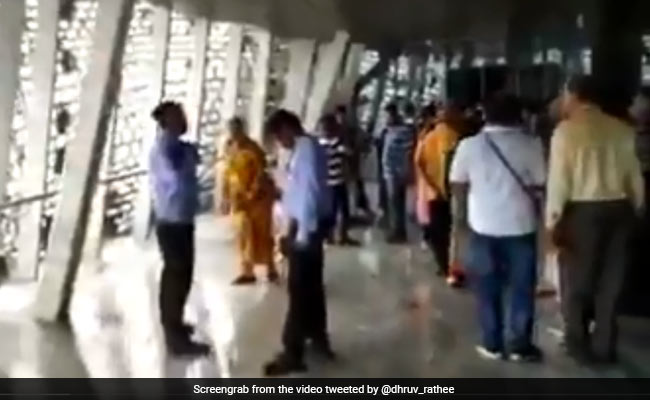 Statue of Unity: Puddles of water on the floor could be seen inside the viewing gallery

Rainwater was seen pouring inside an observation gallery within the Statue of Unity in Gujarat, according to tourists who uploaded videos on social media. Videos of puddles of water on the floor and water dripping off the roof of the Rs 3,000-crore statue drew criticism from many, who termed the incident "unfortunate".

The 182-metre statue, a memorial to freedom fighter Sardar Vallabhbhai Patel is the tallest structure of its kind in the world and was inaugurated with much fanfare last year.

"We had come with great hope to see the world's tallest statue. But we are feeling bad looking at the statue in the rain. It has not rained heavily, and already the main hall and viewing gallery of the statue is filled with water. It is unfortunate," a tourist was quoted as saying by news agency PTI.

Narmada Collector IK Patel, who is also the chief administrator for the statue, said it was "natural" for water to seep inside the viewing gallery, adding that there was a channel to drain out excess water. 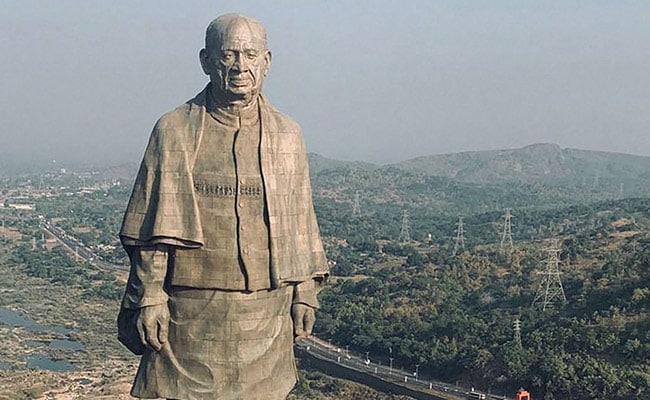 The Statue of Unity, a memorial to freedom fighter Sardar Vallabhbhai Patel, is the tallest structure of its kind in the world and was inaugurated with much fanfare last year (File Photo)

"The viewing gallery is open with grills on the chest of the statue. The rear side of the gallery is covered by glass. The front view is open as per design. So it is natural that water will enter when it rains," he said.

"There is a channel to dispose of rain water. But when the wind speed is more, lots of water comes in and house-keeping personnel continuously drain it out. It is not leakage as is being claimed," Mr Patel added.

A tweet from the Statue of Unity's official Twitter handle said the incident was "being promptly tackled by the maintenance team".

Prominent YouTuber Dhruv Rathee was among those who criticised the authorities for the incident.

"One rain and it gets flooded, water leaking from the roof and front. Designers couldn't even think of a design to prevent the rain from flooding the statue. What a Shame," he said in a Facebook post.

One rain and it gets flooded, water leaking from the roof and front. Such an expensive statue and they couldn't even design it to prevent this.. pic.twitter.com/V4pUQxNVS2

The Statue of Unity's viewing gallery is situated at a height of around 500 feet, according to an official of the state-run Sardar Sarovar Narmada Nigam Ltd (SSNNL).

The viewing gallery of #StatueOfUnity was flooded with water leaking from the roof & front after a spell of rain.

Is the design of a 3,000 Cr statue so ill-thought out that it can't even prevent this!

Can I say this is the clear cut case of #Corruption ? pic.twitter.com/wv8dgaXmB4

Water leaking in 3000 crore Sardar Patel's statue of unity because of Nehru. pic.twitter.com/N6bdQBM7aB

Visitors can see "a spectacular view" of the Sardar Sarovar Dam and its surrounding areas from the gallery, according to the official.