States Won't Get Central Funds For Rural Employment Scheme Unless They...

From the next fiscal year, the Centre will not give funds for an employment guarantee scheme to states that do not appoint ombudspersons in 80 per cent of their districts where the scheme has been applied. 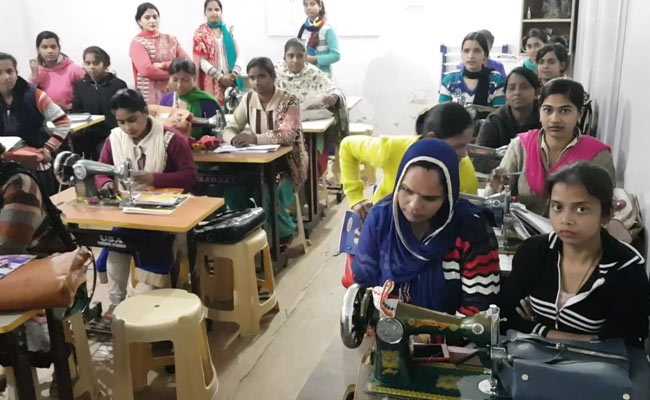 MGNREGA is aimed at enhancing livelihood security of households in rural areas. (Representational)

From the next fiscal year, the Centre will not give funds for an employment guarantee scheme to states that do not appoint ombudspersons in 80 per cent of their districts where the scheme has been applied, a top government official said on Sunday.

As per details available with the Union Rural Development Ministry, states such as BJP-ruled Gujarat, Arunachal Pradesh and Goa, and TRS-ruled Telangana, and union territories such as Puducherry, Andaman and Nicobar Islands, Lakshadweep, and Dadra and Nagar Haveli do not a single ombudsperson for the Mahatma Gandhi National Rural Employment Guarantee Scheme (MGNREGS).

The situation is similar in Haryana and Punjab. Both have 22 districts each under the scheme, but only four such districts in Haryana and seven in Punjab have ombudspersons, as per data available with the ministry.

"Ideally, states should appoint ombudspersons in all their districts under the MGNREGS. The states which don't appoint ombudspersons in at least 80 per cent of the total districts under MGNREGS, which is the minimum threshold limit, would not get funds from the next financial year for the implementation of the employment guarantee scheme," Secretary, Rural Development, Nagendra Nath Sinha told PTI.

Launching the Ombudsperson app for MGNREGS on Thursday, Union Rural Development Minister Giriraj Singh had expressed concerns over non-appointment of ombudspersons in various districts, and said it has been noticed that persons belonging to political parties were appointed at many places.

"The ministry would not release funds to those states which don't appoint ombudspersons as per the provision of the MGNREGA," Mr Singh told PTI.

The minister also requested all states and union territories to cooperate with the central government in making MGNREGA more transparent by using the Ombudsperson app.

According to the Mahatma Gandhi National Rural Employment Guarantee Act (MGNREGA), states are mandated to appoint an ombudsperson for each district for receiving grievances, enquiring and passing awards as per guidelines of the Union Rural Development Ministry, which is the nodal ministry for implementation of the employment guarantee programme.

MGNREGA is aimed at enhancing livelihood security of households in rural areas of the country by providing at least 100 days of guaranteed wage employment in a financial year to every household whose adult members volunteer to do unskilled manual work.

The remaining districts were included under the Act with effect from April 1, 2008. The Act now covers almost all rural districts of the country.