Kenan Thompson, the actor, and longest-tenured Saturday Night Live cast-member will serve as the host for the annual White House Correspondents Association's (WHCA) dinner on April 25. 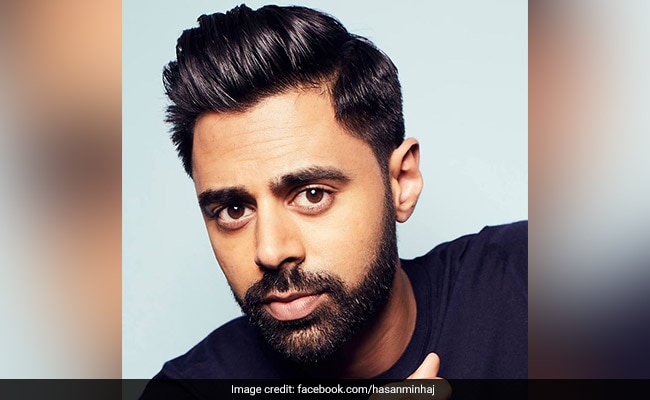 Hasan Minhaj, whose parents come from Uttar Pradesh, will serve as the entertainer at the event.

Popular Indian-American stand-up comedian Hasan Minhaj, who has been critical of both US President Donald Trump and Prime Minister Narendra Modi, would perform at the annual dinner of the White House Correspondents Association.

Hasan Minhaj, whose parents come from Aligarh in Uttar Pradesh, will serve as the entertainer at the event.

Kenan Thompson, the actor, and longest-tenured Saturday Night Live cast-member will serve as the host for the annual White House Correspondents Association's (WHCA) dinner on April 25.

"Hasan Minhaj, the Peabody award-winning host of Netflix's Patriot Act with Hasan Minhaj, will return to the dinner as featured entertainer," the WHCA announced.

"Kenan and Hasan are two of the most engaged and engaging entertainers in America. I'm thrilled they'll help us celebrate the role of a free press in our democracy," said Jonathan Karl, Chief White House Correspondent for ABC News and president of the WHCA.

"We're looking forward to a lively evening honouring the most important political journalism of the past year," he said.

President Trump who has skipped the WHCA dinner for the last three years is unlikely to attend this time as well.

Hasan Minhaj has hosted his Netflix show since 2018, drawing critics' raves, including a Peabody award in 2019, for his humorous and informed examination of issues of domestic and global import.

He was the entertainer at the 2017 WHCA Dinner when he was a senior correspondent on The Daily Show. His one-hour Netflix comedy special Hasan Minhaj: Homecoming King was released in 2017, for which he won his first Peabody Award in 2018.

Kenan Thompson began his career as a member of Nickelodeon's sketch series All That. Kenan Thompson is currently in his 17th season on SNL where he has set a record for the most celebrity impressions performed on the show.

At its annual dinner, WHCA will be presenting two new awards at the 2020 dinner: The Katharine Graham Award for Courage and Accountability and the Award for Excellence in Presidential News Coverage by Visual Journalists.

These are in addition to the longstanding Aldo Beckman Award for Overall Excellence in White House Coverage and Merriman Smith Award for Excellence in Presidential News Coverage Under Deadline Pressure.

This year's dinner will also include the inaugural presentation of the Collier Prize for State Government Accountability, administered by the University of Florida''s College of Journalism and Communications to recognize outstanding statehouse reporting.