The Indian High Commission in Colombo said its officials met "Vivek Varma, an Indian national and Director of Indian Visa Centre, who sustained grievous injuries in an unprovoked assault last night near Colombo". 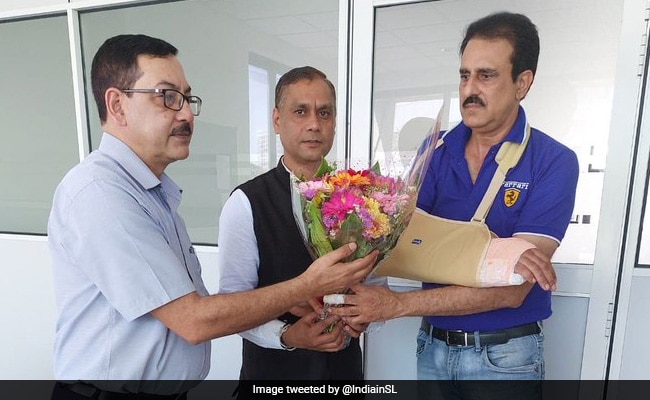 An Indian national in Sri Lanka sustained grievous injuries in an unprovoked assault, the Indian High Commission in Colombo said on Tuesday as it urged Indians to remain aware of the latest developments in the island nation and plan their movements and activities accordingly.

Sri Lanka is witnessing a public unrest due to the unprecedented economic crisis followed by a political turmoil in the country. Acting President Ranil Wickremesinghe on Monday imposed an emergency ahead of the key election today to pick a new President.

The Indian High Commission in a tweet said the relations between the people of India and Sri Lanka have always been cordial and friendly.

"In the current situation, #Indian nationals in #SriLanka are requested to remain aware of latest developments and accordingly plan their movements and activities. You may contact us when required," it said.

In another tweet, the High Commission said its officials in the morning met "Vivek Varma, an Indian national and Director of Indian Visa Centre, who sustained grievous injuries in an unprovoked assault last night near Colombo".

Officials of @IndiainSL met in the morning Mr. Vivek Varma, an Indian national and Director of Indian Visa Center, who sustained grievous injuries in an unprovoked assault last night near #Colombo. Matter brought to attention of authorities in #SriLanka. (1/ pic.twitter.com/tUc0SOq0Gd

The matter has been brought to the attention of the Sri Lankan authorities, it said.

Ranil Wickremesinghe, who was sworn-in as the acting President of Sri Lanka on Friday after former President Gotabaya Rajapaksa fled to the Maldives and then to Singapore from where he resigned in the face of public revolt against his government's mishandling of the country's economy, imposed the emergency as protests demanding his resignation continued in most parts of the country.

President Wickremesinghe, who is contesting the election, has defended imposing emergency, saying it was required in Sri Lanka in the interests of public security, the protection of public order and the maintenance of supplies and services essential to the life of the community.

He has asked the security forces not to allow violent anti-government protests ahead of the presidential election today.