Vikram Singh Chauhan, one of the main attackers in the court violence

New Delhi: Though a police complaint has been filed against unknown persons for the assault on JNU teachers and journalists at a Delhi court yesterday, one of the main attackers is a face familiar in courts and has been photographed with many BJP leaders.

Vikram Singh Chauhan was at the dead centre of the attack on teachers, students and journalists who were waiting at the court for a student of JNU or Jawaharlal Nehru University arrested on sedition charges to be produced.

Speaking to NDTV, Mr Chauhan said he did organize a protest against "anti-nationals" but it got out of hand as lawyers were provoked by JNU teachers.

"We asked them to vacate seats for elderly lawyers. They asked me for my I-card. I said you want to divide Kashmir and Kerala, they said they were never a part of India. They started hooting," Mr Chauhan told NDTV, asserting that "students started the fight."

He claimed that "two lecturers said they will start beating us as they are more in number."

On camera, it is Mr Chauhan who is seen beating people. He allegedly shouted "anti-nationals go to Pakistan" and "Bharat Mata ki Jai".  He also threatened NDTV's Sonal Mehrotra, demanding that she hand over her mobile phone, with which she had filmed some of the violence.

In one image, Mr Chauhan, in a black jacket, is seen holding and beating a person believed to be a Left activist.

Presenting a sharp contrast is another set of photographs on Mr Chauhan's Facebook page, in which he is seen with top BJP leaders including Home Minister Rajnath Singh and veteran LK Advani. 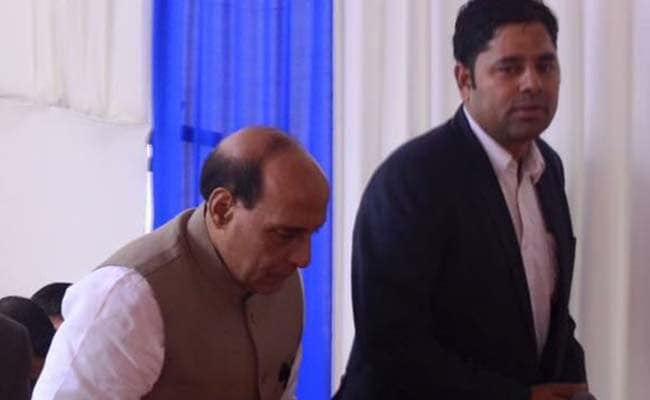 Mr Chauhan denied that he belongs to any political party but he regularly sends out invitations on WhatsApp to BJP events and urges people to be on time before a leader is to arrive. 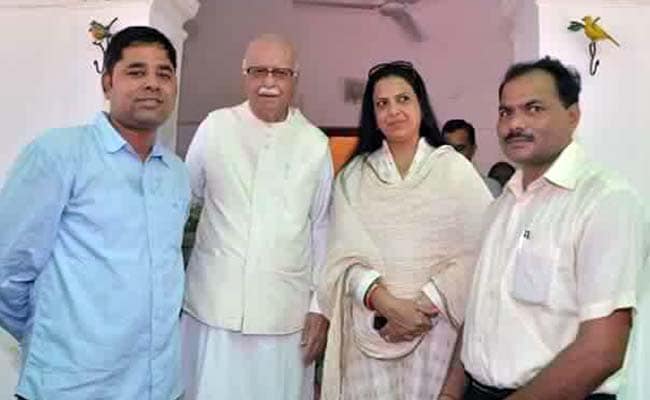 He told NDTV that he had sent out a WhatsApp message for the Monday's protest too.

The violence erupted just before JNU student leader Kanhaiya Kumar, arrested over anti-India slogans shouted at a controversial event in support of terrorist Afzal Guru, was to be brought before a judge.