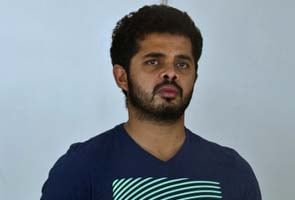 New Delhi: Cricketer S Sreesanth's friend Abhishek Shukla, who was arrested yesterday by the Delhi Police for allegedly destroying evidence, is out on bail. He was asked to submit his passport and furnish a bond of Rs 25,000 by a Delhi court today. (IPL spot-fixing: Complete coverage)

The court rapped the police for having taken Mr Shukla to Mumbai before being produced in court. It also mentioned that the custody was invalid since Mr Shukla had 'joined the investigations prior to his arrest.'

The court also found that prima facie he could be charged with destruction of evidence (Sec 201 of the IPC) and criminal conspiracy (120 B), both of which are bailable offences.

The Delhi Police claim to have recovered, with Abhishek Shukla's help, Rs. 5.5 lakh that they allege was paid to Sreesanth by bookies for spot-fixing in Indian Premier League matches. Mr Shukla, an event manager was reportedly taken to Mumbai yesterday afternoon to help trace and recover the money.

The police allege that Mr Shukla had removed what they call "incriminating evidence." Police sources say they intercepted a call between Mr Shukla and arrested bookie Jiju Janardhan. In that call Jiju asked him to remove things from the hotel room in Mumbai, where he and Sreesanth had stayed before their arrest on May 16 .

The Mumbai Police had raided the hotel on the night of May 17 and had recovered a laptop, mobile phones, iPads and Rs. 72,000 in cash from the two rooms where Sreesanth and Jiju stayed. Diaries, written in English and Malayalam, were also recovered from the cricketer's room; cops said several of the entries were made by Sreesanth himself.

Delhi Police sources say Jiju was allegedly dealing with other bookies on Sreesanth's behalf. Both Sreesanth and Jiju are in judicial custody and are lodged in Delhi's Tihar Jail.

The Delhi Police has so far arrested 26 people in the spot-fixing scam. Key among them are Sreesanth and two of his former Rajasthan Royals teammates - Ajit Chandila and Ankeet Chavan. The police have not ruled out more arrests.

Delhi Police Commissioner Neeraj Kumar has also hinted at the possible involvement of another IPL team in the scam. (Read more)